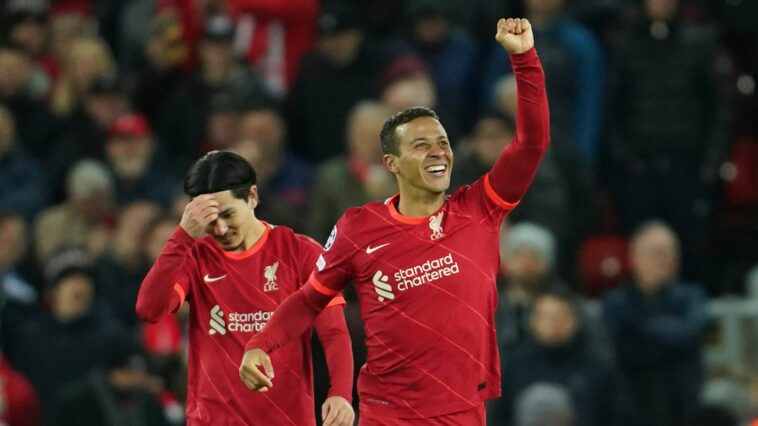 Second-half strikes from Thiago and Mohamed Salah saw Liverpool ease past Porto as they won 2-0 and kept on course for a perfect Champions League group stage.

Heading into the game, Liverpool had already qualified as Group B winners, but Jurgen Klopp made just four changes from the weekend’s victory against Arsenal and handed a European debut to 19-year-old Tyler Morton.

Porto began quickly and the complexion of the match could have been so different if Otavio had fired home a glorious chance in the 12th minute. Liverpool also had the ball in the net in the first half, but Sadio Mane’s strike was ruled out by VAR for offside.

It took just seven minutes for the hosts to take the lead after half-time thanks to a wonderful half-volleyed strike from Thiago. After another goal was ruled out for offside – Takumi Minamino’s effort flagged – Salah fired home his 17th goal in 17 games to make it five wins in five in the group stage so far for Liverpool.

As for Porto, their quest for the knockout rounds was helped by AC Milan’s late win against Atletico Madrid in Group B’s other game, meaning all three teams will battle it out for the final last-16 place in two weeks’ time.