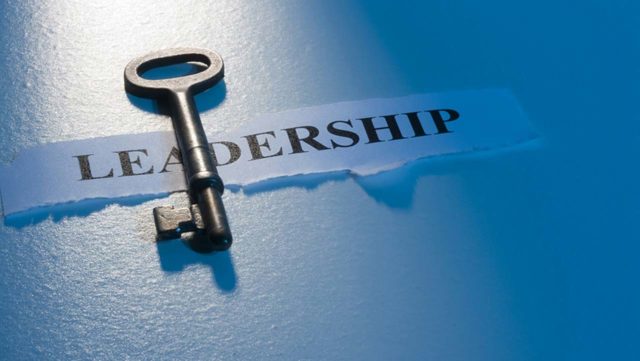 It is no longer news that Nigerians are experiencing hardship in recent times. What seems surprising is that values in the society are on retreat. Nearly everyone has a feeling of resentment towards the government and the nation’s political leaders irrespective of party. To make matters worse, the youth does not believe in the country any longer. They seek any possible outlet to emigrate in search of greener pasture in foreign lands. The manifestations of this feeling are many. Yet, government continues to disappoint as it assume that things are in great shape.

Hardly a day passes without Nigerians failing into the unemployment market, the nation’s economy remains in shambles, and the ensuring insecurity has become a huge threat to everything. Of course, in the face of all this, government in its wisdom continues to raise taxes and utility tariffs making the hardship more unbearable. If you ask any Nigerian, especially the younger generation between age 18 and 35 years, if they truly feel to be Nigerian, they would tell you without hesitation that they long suspected their nationality and even regret being Nigerian. That their everyday life in the country would be happier only if they were born an American, British or any of the choice European country citizen. Should anyone blame them for such an unpatriotic comment?

Somehow, the extent to which history repeats itself also depends on what governments do rightly or wrongly. Obviously, today’s youth seem set for another Nigeria Television Authority (NTA) Andrew ‘I am checking out’drama advertisement in the 1980s. A short drama used by government to appeal and stop youth emigration to Europe and America. Then, Nigeria has just started to show sketchy signs of what is now an acute disease of poor leadership.

Currently, the discomfiture that greets the people daily is inexplicable. Rather than view the great apprehension and destruction that insecurity is causing in the country, the government is being consumed by an unpardonable poor leadership. It has become obvious that government do not understand what is going on in the world of the masses. Hence, government and its officials argue that, a look at Nigeria’s trajectory one would conclude that the fall in the international oil price and consumption made the relative decline of the peoples’ living standard. If that was indeed the case, what happened to the revenues from the oil boom years? It therefore reveals that Nigerians are routinely treated with contempt by government who is supposedly to care for the peoples’ basic welfare.

At all time, governments want the people to believe that it is working for their good and benefit. Hence, there is nothing but national interest must dictate everything that has been done by the ruling government. To achieve the above, the people are continually treated like school children. As long as the masses keep getting good grades (complying) in the areas that count. For example, paying high electricity bills for darkness, accept fuel pump price hike, endure the rising gas price and remain patient in paying tolls on roads riddled with potholes among others. Indeed, the catalogue of woes Nigerians suffer as a result of poor leadership is virtually infinite. Over 80 per cent of Nigerians are living with the hope that sooner than later, the burden would be over. But government and the political class are desperate to inflict more pains and misery on the masses with all sorts of tariff hike.

Sadly, the optimism by government has not changed anything or help explain why patriotism is waning among the citizens. Each day, the people’s love and patriotic thread for the nation becomes surprisingly thinner due to governments insensitiveness of the masses plight. Again, when President Muhammadu Buhari took office in 2015, he made firm promises to make life more enjoyable and meaningful for all Nigerians by reducing prices of essential commodities. But in vain have the President carried out his promise as price reduction has been rudely confronted by forces beyond control. The inflation rate in the country is frightening as prices of food items skyrockets daily. Such high inflation reflects more than soaring food items and energy prices. It needs to be noted that, in advance economies, a jump in price usually triggers a restraining response from the Central Bank.

But in this clime, government behaves as if price spike is normal and that it would soon fade away just as the people would adjust in no time. One question remains unanswered: have more time and effort ever been devoted to the welfare and comfort of Nigerians? It is useful to state the obvious, that Nigerians only enjoy most things by mere hearing it during election campaign as politicians list the supposed amenities. Once in office, they give flimsy excuses to avoid doing what was promised. Such an attitude is unhelpful and cannot move the nation forward.

Again, it is only a government plagued by authoritarian decisions that usually draw a line against the people. Therefore, it is not surprising that the President Buhari administration has…

Back to Top
Close
X
In the jungle called LagosOpinionPunch NewspapersBy Lekan SoteLagos is not just the place of the “indecency, lies and immoral acts of a typically rustic, countryside lady who went to …

Of patriotism and poor leadership

X
I'm a Black Ex-Felon. I'm glad Kyle Rittenhouse is free…OpinionNewsweekKyle Rittenhouse, the 17-year-old found not guilty on all counts for killing two men and injuring another at a riot in Kenosha, Wisconsin, bel…