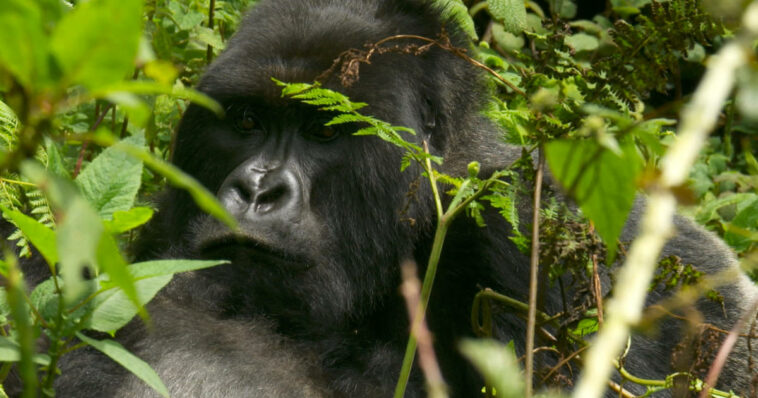 Mountain gorilla tourism in Rwanda is helping the country, its people and the animals themselves, reports Lesley Stahl on Sunday’s 60 Minutes. Once dwindling in numbers, mountain gorillas are the only great ape whose numbers are now on the rise, attracting well-heeled tourists and boosting the local economy. Stahl went to the mountains of Rwanda to see the mountain gorillas and report on their economic impact for a story to be broadcast on 60 Minutes, Sunday, November 28 at 7 p.m. ET/PT on CBS.

When Dian Fossey first arrived in Rwanda in the late 1960s to study mountain gorillas in their native habitat, they were considered dangerous creatures, hunted by poachers who sold their body parts as trophies. Fossey’s scientific research and her appearances in National Geographic helped people see gorillas as the gentle giants they actually are and sparked a surge in interest to see the animals up close. Primatologist Tara Stoinski heads the Dian Fossey Gorilla Fund, a non-profit science and conservation organization. She says that in the decades since Fossey’s work was published, the mountain gorillas have become a critical economic engine for Rwanda.

“One of, if not the top source, of foreign revenue, is tourism to see the gorillas. For the whole country,” says Stoinski.

The key to the gorillas’ success is what Stoinski and the Rwandan government call “extreme conservation.” Today, gorilla poaching in Rwanda has been eradicated. Instead, every gorilla family in the park is carefully monitored by researchers and trackers, 365 days a year…