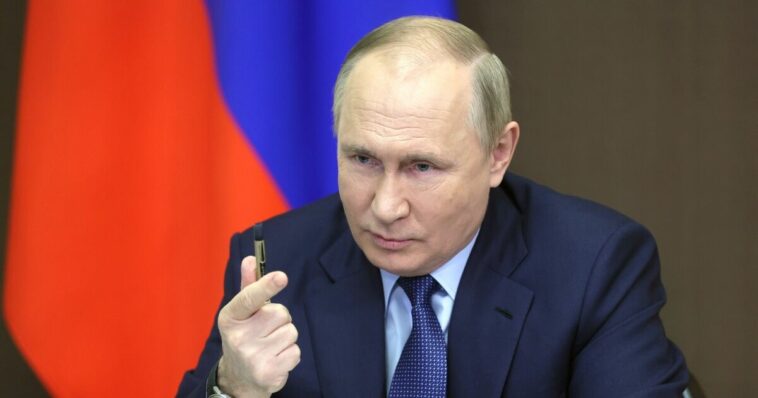 Russian President Vladimir Putin said on Wednesday that he has taken an experimental nasal vaccine against the coronavirus, three days after he received his booster shot, as Russia faces its worst surge of infections and deaths since the pandemic began.

On Sunday, he said he received a booster shot of Sputnik Light, the one-dose version of the jab, and said he wanted to take part in testing the nasal version of Sputnik V.

Denis Logunov, deputy director of Russia’s state-funded Gamaleya Centre that developed Sputnik V, told Putin on Sunday that the nasal vaccine is yet to go through clinical studies and is currently being tested “off-label mostly” — on the centre’s staff members.

In accordance with established scientific protocols, the vaccine will need to go through several trial phases, including those involving thousands of people, to establish that it is safe and effective to use.

Last month, Russia’s Health Ministry gave a regulatory go-ahead to early trials of the nasal form of Sputnik V among 500 volunteers, but it was not immediately clear whether it has already started.

Putin told a government meeting on Wednesday that “exactly six months after vaccination, my level of protective (antibodies) have dropped, and specialists recommended the procedure of revaccination, which I did.”

He said he did not experience any unpleasant effects after taking the nasal vaccine.

In recent weeks, Russia has been swept by its highest ever Covid-19 surge, with officials regularly registering record-high numbers of new infections and deaths.

Fewer than 40% of Russia’s nearly 146 million people have been fully vaccinated, even though the country approved a domestically developed Covid-19 vaccine months before most of the world…

Back to Top
Close
X
The Polar Silk Road will be cleared with Chinese icebreakers…NewswireBrookingsThe United States is an Arctic nation. With that status it enjoys unique access to the resources of this rich region — its abundant fisheries…

X
US vulnerable to Chinese electromagnetic attack, experts say…NewswireChina possesses 'super EMPs' that could cause a marathon blackout resulting in mass death By Michael Lee Experts are warning that the United States is…