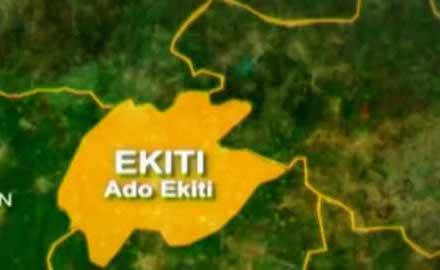 A housewife, identified only as Sule, has been arrested by the Ekiti State Police Command for allegedly arranging her own kidnap.
It was learnt that a sum of N50,000 was demanded from her husband as a ransom for her supposed release.

The woman and others were paraded in Ado-Ekiti, the Ekiti State capital, by the police on Wednesday.
The spokesperson of the Ekiti State Command, Sunday Abutu, said the suspect was arrested by men of the Rapid Respond Squad after a thorough and intensive investigation.
He explained that the incident happened last Saturday when the husband received a call from his wife that she had been kidnapped along Ifaki-Oye-Ekiti road.
Abutu added that the woman called again that the abductors were demanding a sum of N50,000 ransom before she could be released.
“The RRS Operatives, upon the receipt of the complaint, swung into action by combing the bush along Ifaki/Oye-Ekiti before it was later discovered that she kidnapped herself to get money…

Why I arranged my own kidnap, demanded N50,000 from Husband ― Ekiti Woman