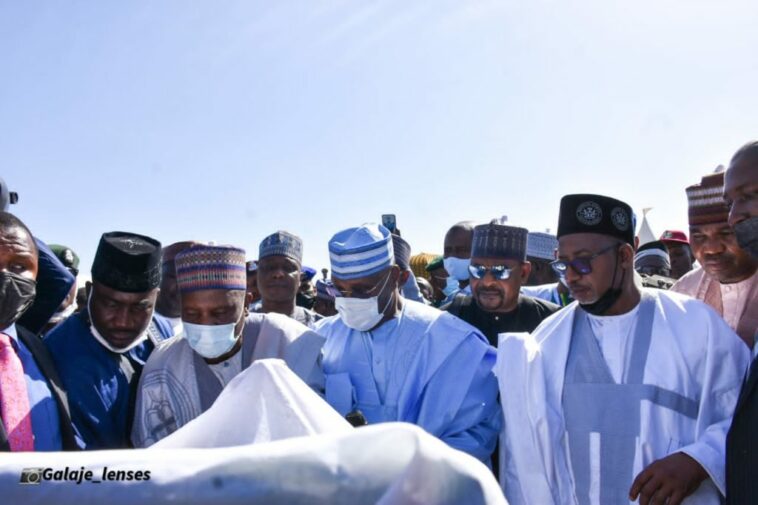 The former Vice President of Nigeria, Atiku Abubakar on Thursday came hard on the All Progressives Congress (APC) on the state of insecurity bedevilling the country, challenging them to emulate the infrastructural projects being executed by the states of the People’s Democratic Party (PDP) in the country as a catalyst to surmount unemployment that is breeding social ills in the country.

The former Vice-president who stated this at the official commissioning of the 4.2 km Gombe Maiduguri By-pass road constructed by Governor Bala Mohammed administration in Bauchi State, said that infrastructural projects are now instruments of economic empowerment that is creating jobs for unemployed youths.

At the occasion which was witnessed by members of the state executive council, State PDP officials, traditional rulers, state legislatures and former senators of the state, the former Vice-President commended governor Bala Mohammed for delivering the dividends of democracy to the people of the state, urging him to sustain the momentum and accelerate the pace of good governance in the State…

X
I’ll relocate to U.S. after my tenure, Obiano replies EFCC…Political LandscapeThe Guardian Governor Willie Obiano has told the Economic and Financial Crimes Commission (EFCC) that he will be relocating to his United States base …