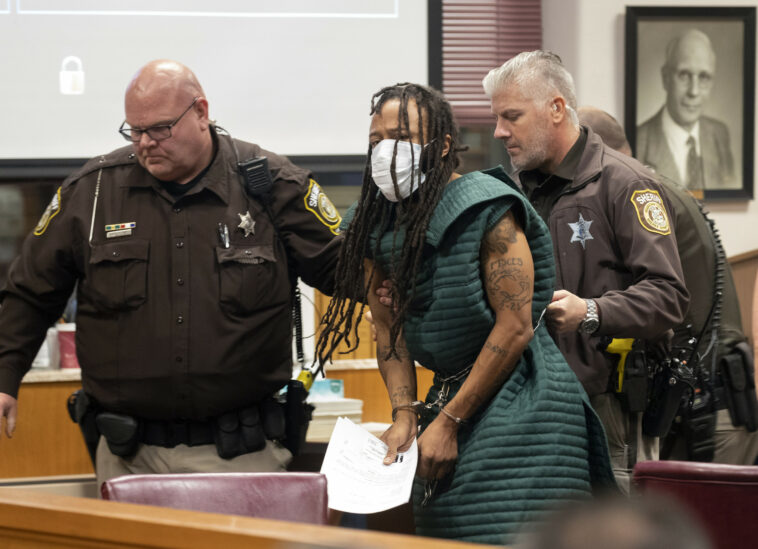 Darrell Brooks Jr. is charged five counts of first-degree intentional homicide, a total expected to increase to six after another victim died Tuesday.

Experts think a plea deal is possible for Darrell Brooks Jr., who killed six people and injured 60 when he drove an SUV into a Christmas parade in Waukesha, Wisconsin.

While Brooks, 39, has yet to provide a motive, it may not matter if he goes to trial. The charges of intentional homicide mean a life in prison for Brooks based on the evidence, legal experts told The Associated Press.

Former Waukesha County District Attorney Paul Bucher said proving intent for the first person Brooks hit might be hard “but when he kept going and knowing what he had done to the first person and didn’t stop, then it was all intentional.”

Additionally, a criminal complaint reported that a side street was available for Brooks to turn on before hitting the parade marchers. Once passing the side street entrance, he never touched the brakes, the complaint said.

The most recent victim was 8-year-old Jackson Sparks. The other five, ranging in age from 52 to 81, were pronounced deceased just hours after the incident. As of Wednesday, at least 16 people are…