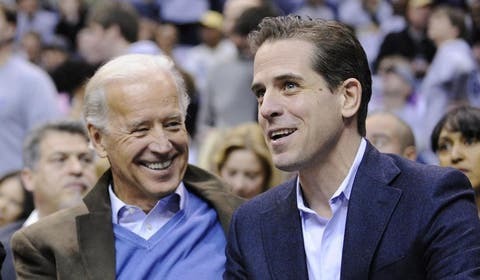 Republicans should not ignore the matters of integrity and government transparency and questions about corruption at the highest levels of U.S. politics.

As Republicans and Democrats are examining the results of the November elections, including Governor-elect Glenn Youngkin’s convincing victory in Virginia, it is clear that campaigning on issues close to the heart of the American people will bring real political results in 2022 and 2024. However, the Republicans should not ignore the matters of integrity and government transparency and questions about corruption at the highest levels of U.S. politics.

Jimmy Carter had his brother Billy, Colonel Muammar Qaddafi’s registered foreign agent. Similarly, Roger Clinton, Bill Clinton’s half-brother, was paid by the Gambino mafia family figure, for whom he allegedly tried to arrange a pardon, and was then himself pardoned by his half-brother Bill for a videotaped cocaine sale to an FBI agent. Until professionally resolved by an honest investigation, Hunter Biden’s business adventures in Ukraine and China will degrade the image of transparency and integrity in his father’s administration.

That degradation will further impair the Biden administration’s ability to defend American national interests in a world full of geostrategic challenges. As it is unlikely Joe Biden’s Justice Department will honestly investigate the President’s son, it falls to Congress to undertake the cleaning of these Augean stables.

U.S. Congress did not investigate Hunter’s business ventures, his computer information, and the links to then-Vice President Biden. The data from Hunter’s computer hard drive had also revealed how his father’s name helped him establish business connections in some of the world’s most corrupt capitals.

We know from the laptop that Hunter Biden appeared to use his father’s name, then-President Obama’s vice president, to drum up business. Hunter became a member of the board of directors of the Ukrainian oil and gas corporation Burisma, receiving millions of dollars.

Last year, Senators Chuck Grassley of Iowa, from the Senate Finance Committee, and Ron Johnson of Wisconsin, who helms the Senate Homeland Security and Governmental Affairs Committee, released a grave report that calls for further investigation.

The Senate report found that: “In 2016, Ukraine’s top prosecutor, Viktor Shokin, had an active and ongoing investigation into Burisma and its owner, Mykola Zlochevsky. At the time, Hunter Biden continued to serve on Burisma’s board of directors.

According to news reports, then-Vice President Biden “threatened to withhold $1 billion in United States loan guarantees to the IMF if Ukraine’s leaders did not dismiss [Shokin].”

President Petro Poroshenko promised Mr. Biden to fire Mr. Shokin in a phone call. After that promise, Ukraine’s Parliament fired Mr. Shokin. The New York Times revealed on May 1, 2019, almost a year and a half before the Senate report: “In December 2015, Mr. Biden issued an ultimatum to Ukraine’s President to dismiss Mr. Shokin, or the United States would withhold $1 billion in loan guarantees. Mr. Shokin was voted out by Parliament”.

The House and the Senate Democrats’ investigations against Donald Trump were dismissed at the end. Still, they fueled a political lynching against the president and were, together with the COVID-19 economic slump, contributing to his re-election defeat.

If GOP wins in 2022, they must investigate Biden family corruption

X
The World Bank’s bad news about our economyOpinionThe GuardianBy Dan AgbeseThe bad news is that our national economy remains stubbornly defiant. Past and present efforts to solve its inherent historic…