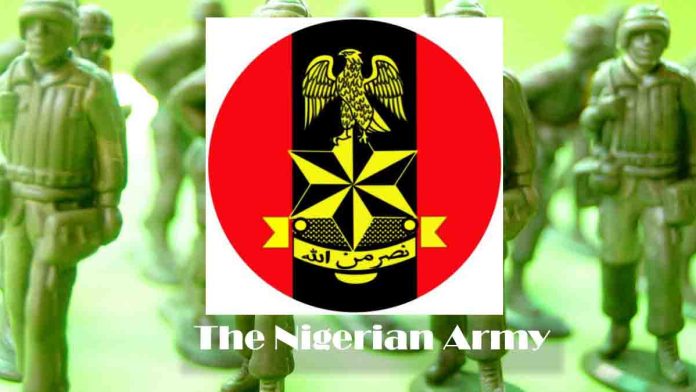 The Nigerian army says it has started an investigation into the killing and assault on its personnel by officers of the Nigeria Police Force.

a letter dated November 23, 2021, to all formations and units, the Chief of Army Staff called on military officers to “forward all recorded incidence of police brutality against personnel of the Nigerian Army.”

The letter exclusively obtained by SaharaReporters was signed by Major General J. A. Ataguba titled, ‘Evaluating Incidences Of Police Brutality Against Personnel Of Nigerian Army.’

It is also mandated to evaluate and present evidence surrounding the circumstances and draw conclusions as to the validity of the complaints raised.

The letter read, “The NA is constitutionally tasked to provide aid to civil authorities when called upon. This responsibility has occasioned conducting joint activities with members of the civil and paramilitary organizations. These joint operations with other security agencies particularly the Nigerian Police (NP) create occasions for the police to equate its hierarchy with the NA and this has often led to friction, especially at the lower levels.

This friction has occasionally led to bodily harm and in some cases death to our troops. This is in spite of the fact that the victims have been identified and established to be serving personnel.

“This Dept is therefore conducting an evaluation of these occurrences with a view to establishing the frequency and recommend possible remedial measures to stem the tide. Consequently, all NA corps, formations and establishments are please requested to forward all recorded incidence of police brutality against personnel of the NA.

“The report should cover the last 2 years. Returns to reach this NLT 8 December 21 and should be forwarded using enclosed formal.“

Police brutality is common in Nigeria and was responsible for sparking the #EndSARS protest in Nigeria last year.

Nigerian youths in October 2020 took to the streets to protest against extrajudicial killings and brutality by the police, especially by a unit of the police known as the Special Anti-Robbery Squad.

Back to Top
Close
X
Deep dive into the Ikoyi building collapse: Questions answered…RifsNairametrics November 1 was a dark day for the Nigerian construction industry. With deaths edging closer to 50 people, the fall of the tallest tower i…

X
North Korea ‘bans leather coats’ to stop citizens from copying Kim J…RifsDaily Star Police in North Korea are cracking down on leather trench coats, seizing them in the street because they claim it is disrespectful to copy …