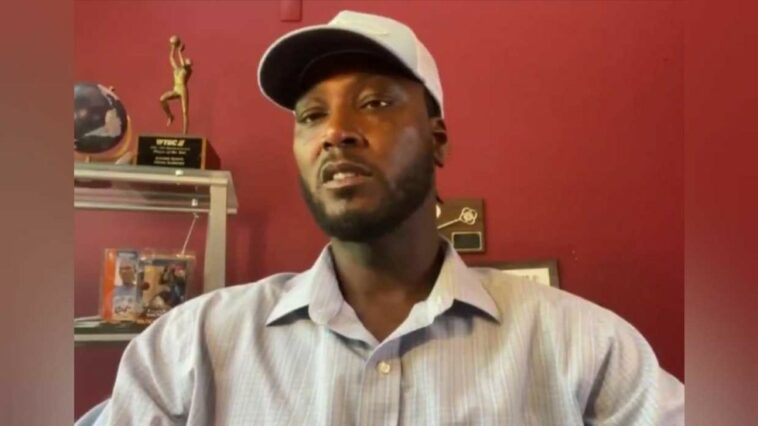 Former NBA star Kwame Brown has rushed to the defense of Kyle Rittenhouse and claimed that critics of his trial verdict “are getting paid to push this racist sh*t”.

Brown spent 12 years in the sport’s most elite championship and earned a reported $60 million playing for franchises such as the Washington Wizards and the LA Lakers.

Often outspoken on a number of issues, he has not refrained from commenting on the Rittenhouse trial which has divided opinion in the US.

Last Friday, Rittenhouse was found not guilty on all the homicide charges that were lodged against him in relation to the fatal shootings of two rioters and the wounding of another after African-American Jacob Blake was shot and seriously injured by police in Kenosha, Wisconsin, last year.

Brown claimed that Rittenhouse was merely protecting himself.

Boom 💥 Former NBA star Kwame Brown says Kyle Rittenhouse acted in self defense & goes on to say the case was politicized by people who make a lot of money promoting racism even at the expense of a teenager. pic.twitter.com/486EKf6TCA

“That – to me, in my opinion – looked like self-defense. The courts found it as self-defense,” Brown said.

“The only bad thing is that he had to sit in jail for so long because they made something political that shouldn’t have been political.

“If you’re going to give the boy the gun charge, give him the damn gun charge, or let the boy out,” the 39-year-old demanded.

“He could have been home eating Fruit Loops or whatever the hell he eats,” Brown continued, suggesting that Rittenhouse should have been slapped with a misdemeanor at most and put on probation, while critics wanted to make the matter racial though none of the teenager’s victims were persons of color.

Kyle Rittenhouse met Donald Trump at Mar a Lago today, per ⁦@seanhannity⁩ who has the exclusive photo pic.twitter.com/SFG9M1kJ3a

“Instead of that, we want to tie it in to something black,” Brown highlighted.

“We want to tie it in to something bigger so we can have people come out and march and get checks off a little teenager’s back, and that, to me, is corny.”

In the most explosive part of his outburst, Brown then accused activists, lawyers and reporters of benefiting from telling black folks how “bad” things are in their lives.

“A bunch of people are getting paid to push this racist sh*t. That’s all it is,” Brown said.

“These motherf*ckers ain’t got no lane they’re in – they really don’t got nothing to say. The only thing they get paid off of is talking about how racist it is.

“Them motherf*ckers got good cars, good houses, good everything…

Back to Top
Close
X
The first Thanksgiving proclamation by President George Washington…United StatesWashington issued a proclamation on October 3, 1789, designating Thursday, November 26 as a national day of thanks. In his proclamation, Washington de…