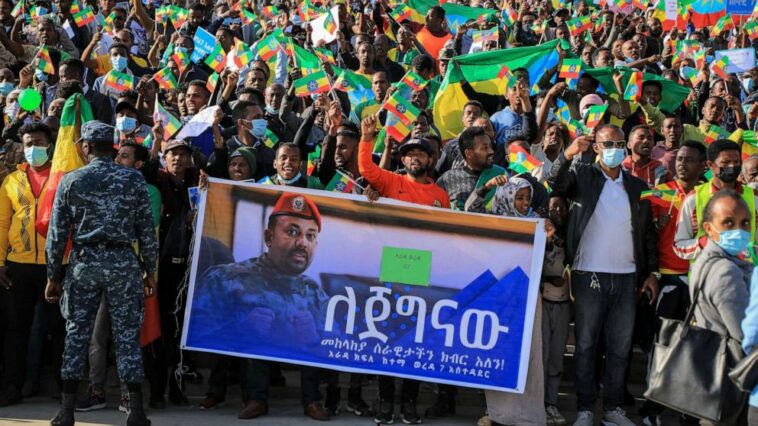 The US government is warning American citizens in Ethiopia even more starkly to leave the country now, as the conflict there continues to deteriorate.

Ethiopian Prime Minister Abiy Ahmed is heading to the front lines to lead the federal government’s forces, he announced, urging his fellow citizens to join him and “lead the country with a sacrifice,” according to ABC News.

On the other side, forces from Ethiopia’s Tigray region, now aligned with other ethnic-based groups, are marching toward the capital Addis Ababa, pledging to end Abiy’s blockade of their region one year after fighting there burst open decades-old wounds.

Now the conflict in Africa’s second-most populous nation is increasingly existential for both sides, potentially “ripping the country apart and spilling over into other countries in the region,” as Secretary of State Antony Blinken warned in recent days.

US special envoy for the region said he still had hope for a ceasefire and a negotiated resolution after some “nascent progress,” but he warned the fast-moving conflict threatened to swiftly sweep away international diplomatic efforts and cause “a bloodbath situation or chaos.”

That fear has driven fresh warnings from foreign countries, including France and Turkey, urging their citizens to depart the country immediately while commercial flights remain. The United Nations announced it was evacuating its staff’s dependents on Tuesday, too.

US, others warn citizens in Ethiopia to leave as prime minister heads to front lines