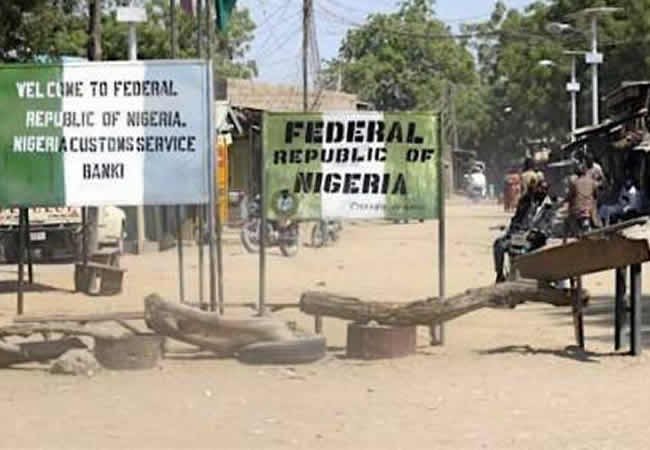 The secret police said it has intelligence that the marauders intend to hatch their sinister plot on military bases in border towns.

In a letter dated November 25, 2021, addressed to the Customs Area Controller, Nigeria Customs Service, Ogun Area Command, Abeokuta, the DSS asked Customs and other security agencies in the country to put counter-measures in place to frustrate the dark plot by the insurgents.

The letter was titled, ‘Plans by Insurgents To Launch Attacks On Military Bases In Various Border Communities,’ and signed by the State Director of Security, Ogun State Command, M.B. Abdullahi.

It read, “Available intelligence indicates plans by insurgents and criminal elements to carry out simultaneous attacks on military posts and bases in various border communities across the nation anytime from now.

“In view of the foregoing and the likelihood such attacks…

Back to Top
Close
X
Treating herders as terrorists will cause mayhem: Sheik Gumi…Latest News  Peoples Gazette Islamic cleric Sheikh Ahmad Gumi has faulted the recent declaration of bandits as terrorists, stating that the development will…

X
Nigerians should present National Identity Number even before using restaurant –…Latest NewsSahara Reporters The Minister for Communication and Digital Economy, Isa Ali Pantami, who has been linked to terrorists’ activities in the recent past…