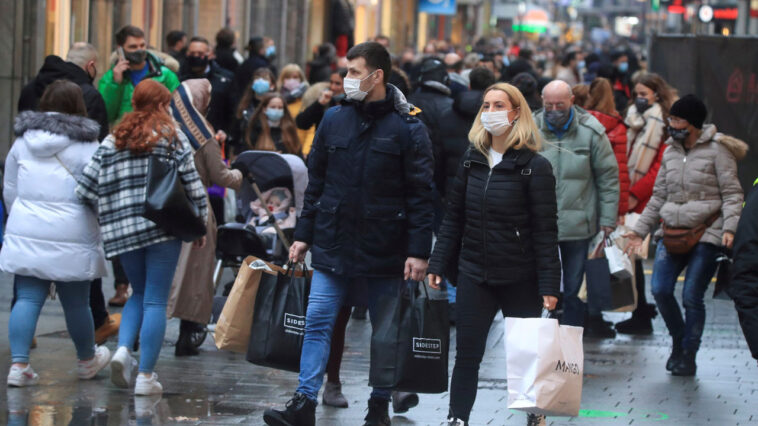 Germany on Saturday confirmed its first two cases of the new Omicron strain of Covid-19, in travellers who arrived at Munich airport from South Africa, regional officials said.

“Two suspected cases of the new virus variant Omicron classified by the World Health Organization as a variant of concern have been confirmed in Bavaria,” the health ministry of the southern state said in a statement.

The people, who arrived back in Germany on Wednesday, have been isolating at home since receiving positive PCR test results for coronavirus, the ministry added.

A ministry spokeswoman said that, after reading news reports about the new strain, the people “proactively sought an examination for the variant”.

She said that in addition, two foreign passengers who arrived in Bavaria on a flight from Cape Town on Friday had tested positive for coronavirus and authorities were now investigating whether they were also infected with the new strain.

The report from Bavaria came after health officials in the western German state of Hesse identified the country’s first suspected case of the new Covid-19 variant, in a person who also returned from South Africa.

Back to Top
Close
X
Gov. Matawalle lifts ban on telecom services in Zamfara…Latest NewsThe GuardianGov. Bello Matawalle of Zamfara has lifted the ban on mobile telecommunication network in the state.Matawalle made the announcement at the…