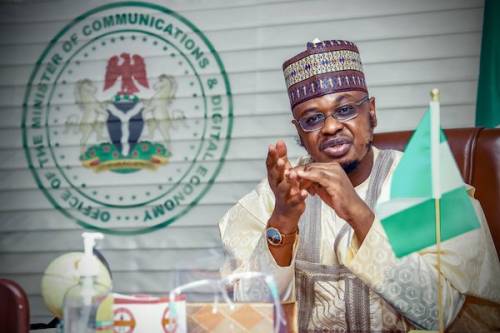 The Minister for Communication and Digital Economy, Isa Ali Pantami, who has been linked to terrorists’ activities in the recent past, has stated that in order to secure Nigeria in the next few years, Nigerians should present and verify their National Identity Number even before using a restaurant.

Pantami explained why his ministry insisted on the mandatory use of the NIN in spite of over 44 petitions written against the policy and several court cases in the country.

The minister, who claimed he had since renounced his stance on terrorism, added that the NIN policy was mandatory by law in Nigeria and that it stood to secure the country.

He said, “Without profiling, no country will be secured globally. Criminals don’t like it, and they have been fighting it day in, day out.”

The minister stated this while speaking at a convocation lecture of the Federal College of Education Technical Gombe.

He added, “When I came up with the policy, they wrote more than 44 petitions against us just to stop it, some of them to Mr President; some of them even court cases. On that policy alone, some people suspected to be criminals took the federal government to at least seven courts all over the country. But today it has become part of our lives, you cannot go and obtain a SIM card without NIN and we are glad that the Joint (Admissions and) Matriculation Board has accepted it. The Nigerian Immigration Service has also accepted it.

“I do hope that in order to secure our country in the next few years, even if you want to enter a restaurant you must verify your NIN. Most of us when we travel abroad, we obtain their NIN before going anywhere or doing anything but when we come back to Nigeria, we don’t have it.

X
Storm Arwen: Tributes after Francis Lagan killed by falling tree…Latest NewsBBCTributes have been paid to a school principal who was killed when a tree fell on his car during Storm Arwen.Francis Lagan, the head of St Mary's Pr…