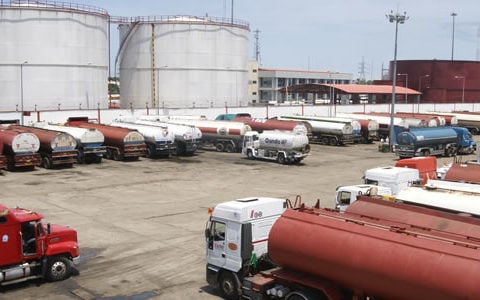 The cost of Premium Motor Spirit, also known as petrol, imported into Nigeria from January to September this year surged by 55.56 per cent to N2.52tn from the N1.62tn spent in the same period of 2020.

The development came amid the Federal Government’s plan to remove subsidy from petrol by February next year.

Already, oil marketers have begun plans to resume importation of the PMS as soon as the government deregulates the downstream sector of the petroleum sector in the first quarter of 2022.

Petrol’s N2.52tn import bill for the first nine months of this year is 47.37 per cent and 25.37 per cent higher than what the amount country spent on PMS imports in the whole of 2019 and 2020 respectively, data obtained from the National Bureau of Statistics show.

Buoyed by the rally in global oil prices, the jump in the country’s petrol import bill comes amid growing concerns over the shortage of foreign exchange in the country.

Nigeria relies wholly on imports to meet its fuel needs as its refineries have remained in a state of disrepair for many years despite several reported repairs.

The data also showed that petrol topped the list of products imported into the country in Q3, accounting for 12.52 per cent of the total amount spent on imported products, up from 11.26 per cent in the previous quarter.

The PUNCH reported on Tuesday that the Nigerian National Petroleum Corporation put the amount spent on subsidising petrol from January to October 2021 at N1.03tn.

The subsidy, which the NNPC prefers to call ‘value shortfall’ or ‘under-recovery’, resurfaced in January this year as the government left the pump price of petrol unchanged at N162-N165 per litre despite the increase in global oil prices.

The Federal Government had in March 2020 removed petrol subsidy after reducing the pump price of the product to N125 per litre from N145 following the sharp drop in crude oil prices.

The NNPC, which has been the sole importer of petrol into the country in recent years, has been bearing the subsidy cost since it resurfaced.

The corporation supplied a total of 6.3 billion litres of petrol in the first four months of 2021, according to data collated from its monthly reports.

“The corporation has continued to diligently monitor the daily stock of PMS to achieve smooth distribution of petroleum products and zero fuel queue across the nation,” it said in its latest monthly report.

Top officials of two marketers’ associations, who spoke with our correspondent in separate interviews, attributed the surge in petrol imports to oil price rally, smuggling of petrol to neighbouring countries and naira devaluation.

The international oil benchmark, Brent crude, which tumbled to as low as $22 per barrel last year, rose to a high of $85.43 per barrel on October 22 this year.

In May, the Central Bank of Nigeria devalued the naira to N410.25 per dollar. The CBN had kept the official exchange rate at N379/$1 since August 2020…