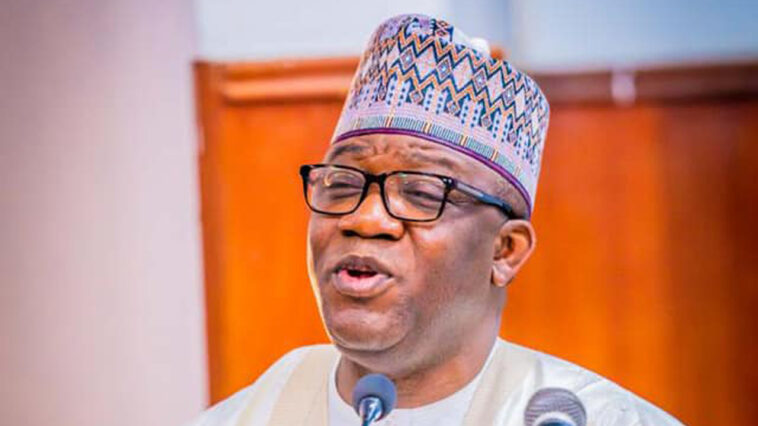 Special Adviser on Political Matters to the President, Senator Babafemi Ojudu, has warned that the division and disunity among members of the All Progressives Congress (APC) in Ekiti State could deprive the party of victory in the 2022 governorship election.

Ojudu gave the warning in Ado Ekiti while interacting with members of APC and kinsmen, who paid him a visit at his residence in the state capital.

The Senator said: “What we are seeing today in Ekiti APC portrays a very bad omen for our party, but we will salvage the situation so that we can rescue whatever remains for the benefit of all of us.

“There are divisions everywhere. I even learnt a big fight broke out at the Governor’s residence recently and people were throwing water sachet and shouting ‘ole, ‘ole. No one appears to be in charge of the party.”

“We don’t have a leader in Ekiti APC and this is really affecting us. The governor, who ought to play that role is partisan. Let me use my neutrality to be able to effect some changes”.

“My own worries about APC is that I  don’t want the party to be divided and lose the coming election in Ekiti. Someone like me should be able to unite our members after the primary so that the APC can retain this state.

“I don’t want to be part of the problems, but part of the solution. The party should be able to look up to people like us in times of crisis like this. Let me be sincere with you, my preoccupation now is not how to be governor, but rescuing APC from losing Ekiti is my concern.

“I was the one leading the battle for Muhammadu Buhari’s presidency in Ekiti in 2015 and we struggled to get Mr. President 25 percent as required by law. So, the issue of unity and how our party should be together is the main target.”

Ojudu said he decided to sacrifice his governorship ambition and maintain neutrality in 2022 to afford him the opportunity to mediate and resolve all nagging issues for the party to be victorious in the June 18 election.

“I am particularly happy for your love. I am not contesting and despite this, you still stand with me. This shows that we have become one family. I have decided not to contest this election so that I can assume a leadership position mediating among aspirants.

Back to Top
Close
X
Ekiti 2022: Will Fayemi take the bullets for Bamidele?…Ekiti Guber ElectionBy Omeiza Ajayi The race for the top job in Ekiti state has begun in earnest especially within the ruling All Progressives Congress, APC. Among the to…

X
Ekiti 2022: I have paid my dues in APC —Bamidele…Ekiti Guber ElectionA leading governorship aspirant of All Progressives Congress (APC), Senator Opeyemi Bamidele, has said he has remained commitment to the growth of the…