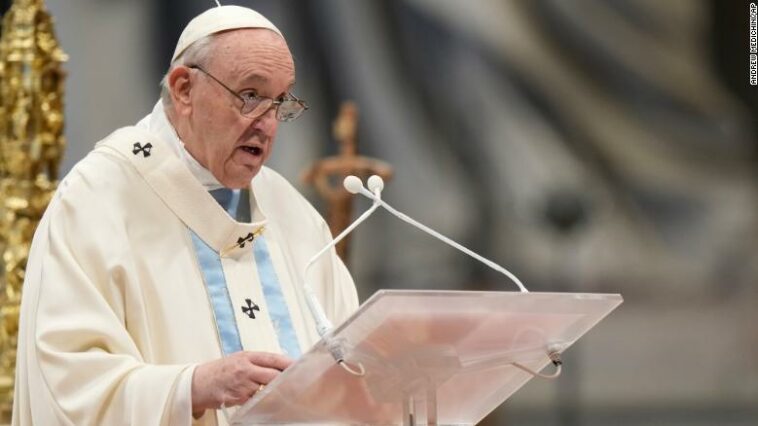 Pope Francis clearly has never had a dog.

In the oddest pronouncement of his papacy, Francis — who took his name from St. Francis of Assisi, patron saint of animals — said this week that choosing to have dogs over children “diminishes us, takes away our humanity.”

He also denigrated “this denial of motherhood and fatherhood” as a lesser earthly existence.

Leaving aside the glaring hypocrisy here — the pope serves a church that forbids him and his fellow cardinals, bishops, nuns and priests from ever having children — dogs make us more human.

They make us better. Dogs, I think, are superior to most people.

Ask Kelly Dowling, the Connecticut mom whose infant daughter nearly died in her crib three weeks ago and was saved by their 8-year-old Boston terrier, who kept head-butting the nursery door until her parents got up.

The nomenclature changed long ago to reflect our evolving understanding of — and respect for — the canine-human bond. There are no more dog owners, only dog parents.

Dogs are “fur babies,” a fully integrated part of the family.

The idea that dogs are unlike children is ridiculous.

Custody battles break out over dogs. Short of setting up a college fund, having a dog is as heavy a responsibility — one with an expiration date, with heartbreak for the human built into the deal.

I’ve seen people grieve for their dogs harder and longer than they have for friends and family.

Noted atheist Ricky Gervais: “It’s the greatest thing on earth, a dog … it’s the closest I get to spirituality, just watching a dog.”

It’s hard to understand such an off-brand comment from a pope the world considers revolutionary. He supports the big bang theory, evolution, the LGBTQ+ community, premarital sex, single moms. His mission has been inclusion and compassion.

When Francis asked aloud, “Who am I to judge?,” he made headlines around the world, so antithetical was that to his very job description.

Why begrudge people their dogs? Why such a heartless take on man’s best friend? What a misstep for Pope Francis. Why not take his cue from the late Pope John Paul II, himself a beloved global figure, who once comforted a small boy grieving his dog with the reassurance that yes, all dogs go to heaven?