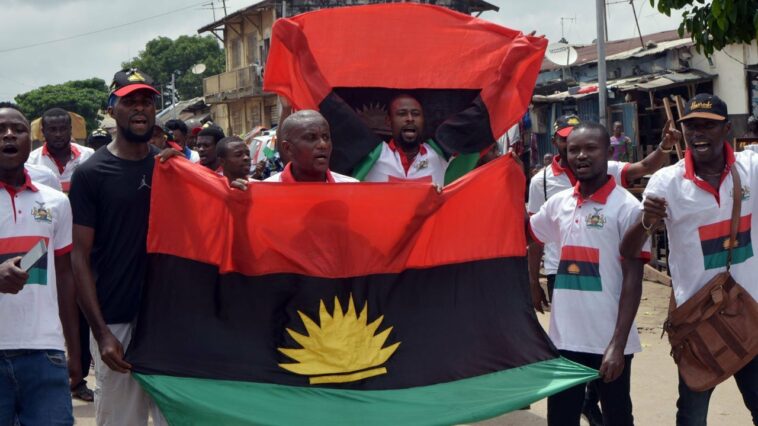 The Indigenous People of Biafra, IPOB, on Monday, explained that the ban of cow meat in the Southeast was not a declaration of war against the North.

IPOB explained that the ban became necessary to stop unprovoked attacks by Fulani herders in the Southeast.

Recall that the group had cautioned people of the Southeast against the consumption of Fulani cows in the Southeast.

Following the declaration, a coalition of Northern groups had accused IPOB of declaring war against the North.

However, IPOB’s spokesman, Emma Powerful, said the comment of the Northern group has confirmed North’s agenda against the Southeast.

Powerful in a statement said, “Ban on cow meat is no declaration of war against the North but a necessary step to stop unprovoked attacks by Fulani herdsmen in Biafra land…

Back to Top
Close
X
Fuel Subsidy: CSOs insist on removal, beg NLC for understanding…HeadlinesDaily Post Civil Society Organisations and Professionals drawn from the various parts of the country have insisted on the removal of fuel subsidi…

X
How Buhari reacted to Tinubu's bid for 2023 presidency…HeadlinesPM NewsAsiwaju Bola Tinubu has given an insight into President Buhari’s reaction to his plan to contest the 2023 election and succeed him.In an interv…