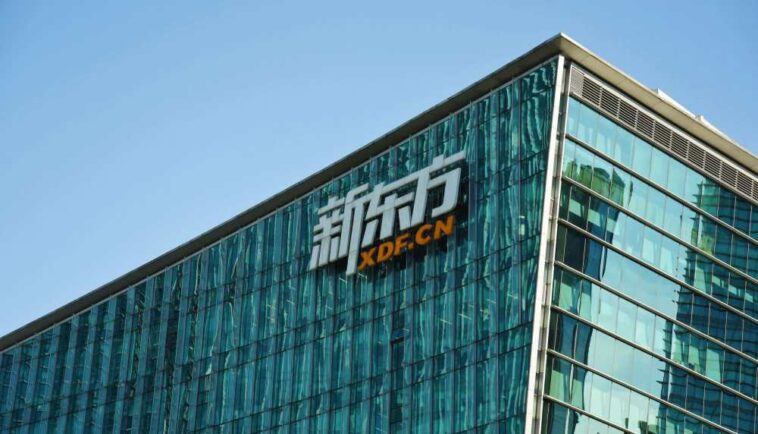 In the summer of 2021, China banned kids from playing online games for more than 3 hours per week to safeguard their physical and mental health. A few weeks later, China’s Ministry of Education enforced new sweeping rules that barred Chinese education and private tutoring companies from turning a profit or raising funding on stock markets.

The announcement rippled through the Chinese education sector and wiped billions of dollars off the market value of publicly traded education firms in Hong Kong and New York. Now, the sweeping overhaul of China’s education industry is taking a toll on China’s largest private education provider, New Oriental.

Today, New Oriental announced it has laid off 60,000 people after the company its operating income plunged by 80 percent as the company grappled with fallout from China’s sweeping overhaul of the industry.

In a WeChat post over the weekend, New Oriental co-founder Yu Minhong said the company’s revenues plunged 80% in 2021 after the company was forced to shut down most of its tutoring centers following the Chinese government restriction of after-school teaching in core subjects to nonprofit operators. Yu added that the cost of restructuring the company and refunding prepaid tutoring fees at $3.13 billion (20 billion yuan).

Yu Minhong founded the company in 1993. Famous for its after-school tutoring services, New Oriental had employed 105,200 staff including 54,200 teachers before the ban, according to its website. “New Oriental encountered too many changes in 2021,” he said in his WeChat post.

To stay afloat, the company has decided to pivot to agriculture by selling fruit and vegetables via live streaming. Yu said New Oriental plans to set up its own live streaming e-commerce platform for farmers. Yu added that he and hundreds of New Oriental teachers will help farmers in rural China peddle local specialties via live broadcasting.

Yu explains that the decision to transition to agriculture is part of the company’s plan to support China President Xi Jinping’s grand strategy of Rural Revitalization.

Back to Top
Close
X
Metaverse startup RTFKT sells 620 pairs of virtual sneakers for $3.1 million in less than 5 minutes;…TechnologyBy Daniel Levi Would you buy shoes or houses that don’t exist? If yes, how much would you be willing to pay? Now imagine if you have to sell these pro…

X
Asus released a 17-inch laptop with a folding OLED display…TechnologyAt CES-2022, Asus brought what it dubbed “the first foldable 17-inch OLED laptop in history.” In fact the diagonal of the laptop is even a little more…