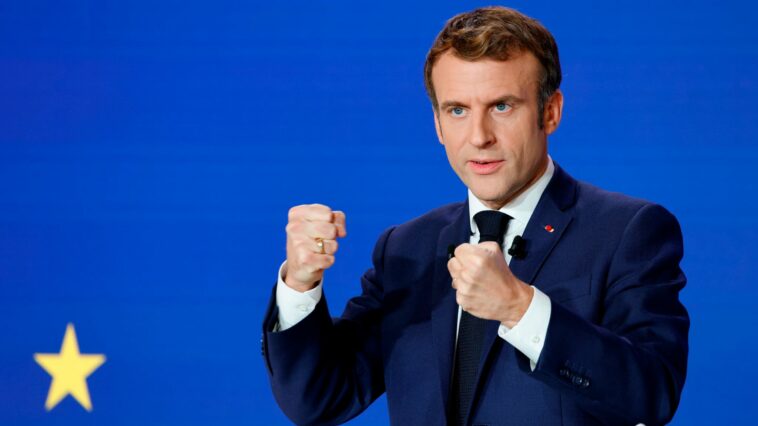 “We are in complete solidarity with the region and with this very courageous and clear stance” by the Economic Community of West African States, he added.

As well as closing borders and imposing a trade embargo, Mali’s regional neighbours also cut off financial aid and froze the country’s assets at the Central Bank of West African States.

The move followed a proposal by Mali’s interim government last month to stay in power for up to five years before staging elections, despite international demands that it respect a promise to hold elections in February.

Macron said the “unprecedented sanctions” were a sign of “deep condemnation of the behaviour of the military junta” in Mali and its “absolute failure” to respect its commitments.

He vowed that with EU states contributing to a multinational Takuba force to help France’s existing Barkhane operation, the EU would “Europeanise” its approach in the region.

Back to Top
Close
X
Politicians' actions responsible for coups in West Africa: UN…AfricaPeoples GazetteIn Nigeria, an upsurge in violence between farmers and herders coincides with extremist violence in the northeast...UN envoy Annadif Sa…

X
12 killed after SUV smashes into 22-seater bus, igniting fire…AfricaP.M. NewsTwelve people have died and at least 8 injured after a SUV burst into flames when it hit a 22-seater Mercedes Benz bus.The head-on collision …