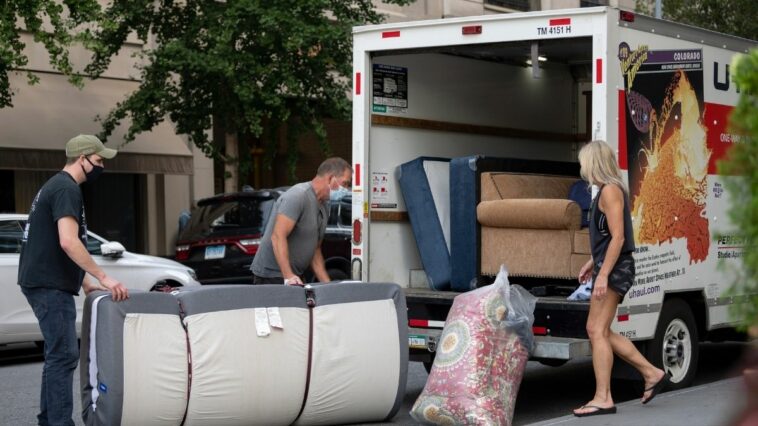 A new report released on Monday revealed more than 600,000 people have left New York and California during the pandemic for lower-taxed states as the two Democrat-led states continue to extend strong COVID-19 restrictions.

CNBC shared the information during its “Squawk Box” program on Monday that noted the correlation between population and tax rates.

Illinois ranked third in the report, losing over 114,000 residents.

Where did residents from New York and California move? The report did not reveal the exact states where residents relocated but noted an important shift among the “winners” of population growth during the pandemic.

“Now the biggest winners, not surprisingly, were Texas and Florida, which have of course no income taxes. Texas gaining 382,000. Florida adding 243,000.”

“Now people move for many reasons, lower housing prices, lower cost of living with remote work, their families may be there, but there is a continued shift from high tax to low tax states,” Frank added.

Moving truck company U-Haul reported last week that, “California remained the top state for out-migration, but its net loss of U-Haul trucks wasn’t as severe as in 2020. That can be partially attributed to the fact that U-Haul simply ran out of inventory to meet customer demand for outbound equipment.”

The article added, “California is 50th and Illinois 49th on the list for the second consecutive year, indicating those states once again witnessed the largest net losses of one-way U-Haul trucks.”