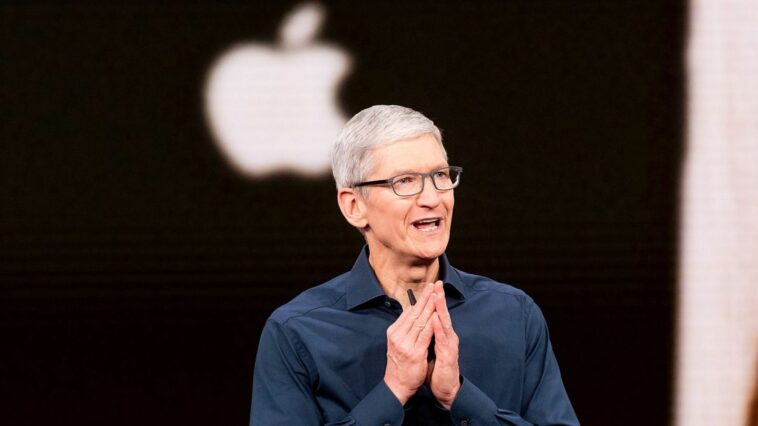 That’s not counting the $750 million in stock awards he vested in August.

The median pay for Apple employees was $68,254 in 2021, according to Apple’s annual proxy statement released Thursday. Cook received $3 million in annual base salary. He also received $82.3 million in a one-time stock grant, a $12 million cash incentive for helping the company meet financial goals and $1.38 million in other expenses, which includes $712,488 for personal air travel. In total, he earned $98.7 million in 2021.

And this amount doesn’t include the $750 million in Apple stock which vested in August. He sold or disposed most of the 5 million shares, which dated back to a 10-year grant he received in 2011 on becoming CEO of the company. More than half of those shares were withheld for taxes, according to an SEC filing.

One Reddit user commented, “He deserves it, he made it a 3 trillion dollar company, that’s a lot of value made for the shareholders.”

“I understand the high value of his position but that disparity is ridiculous,” wrote another.

Other top Apple executives, including CFO Luca Maestri and COO Jeff Williams, each took home $1 million in salary in 2021, plus millions more in stock.

Back to Top
Close
X
Asus released a 17-inch laptop with a folding OLED display…TechnologyAt CES-2022, Asus brought what it dubbed “the first foldable 17-inch OLED laptop in history.” In fact the diagonal of the laptop is even a little more…

Tim Cook earned 1,447 times what a typical Apple employee made in 2021