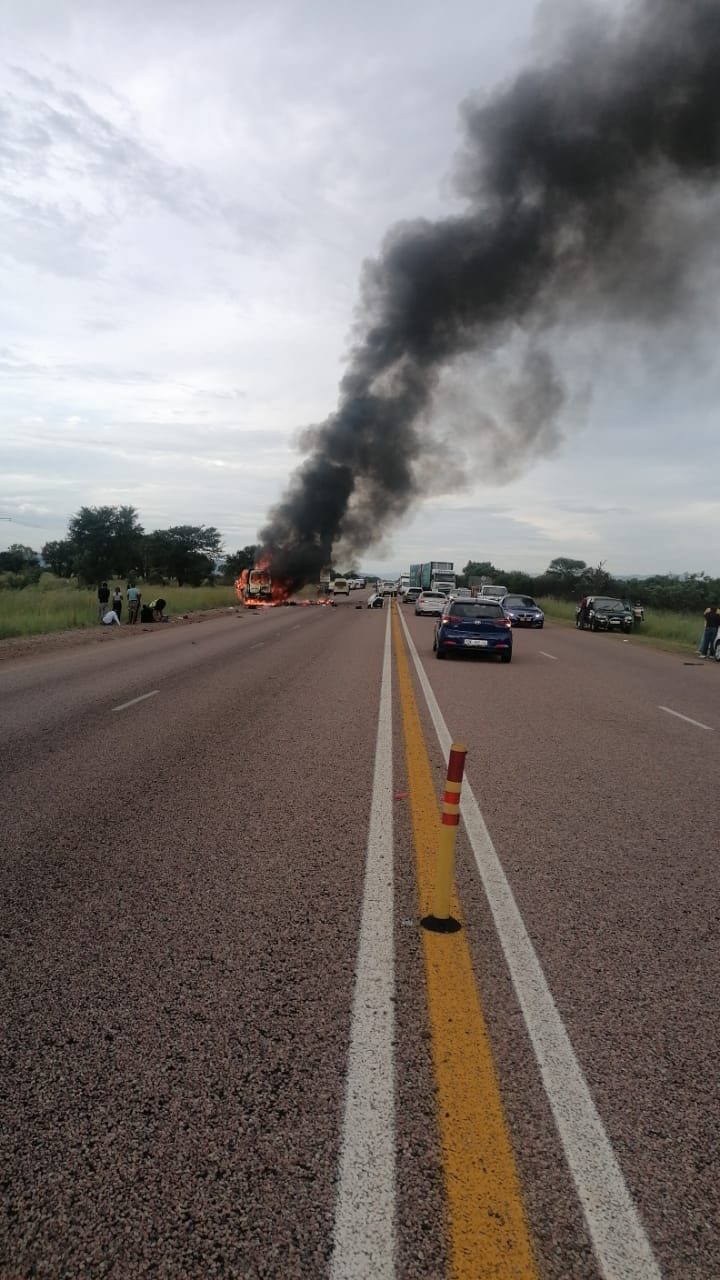 Twelve people have died and at least 8 injured after a SUV burst into flames when it hit a 22-seater Mercedes Benz bus.

The head-on collision happened in South Africa’s northwestern province of Limpopo on Tuesday.

A spokesman from the Limpopo Department of Transport and Community Safety reported that the driver of the Toyota SUV lost control of the vehicle when a tyre burst.

This led to the horror head-on crash with the Mercedes Benz bus.

Twelve people were killed and eight others escaped with injuries in a head-on collision involving a 22 seater Iveco bus and a Toyota SUV on the N1 near Mookgophong off-ramp.

It is alleged that the driver of the SUV lost control of the vehicle due to a tyre burst and collided head-on with a 22 seater Mercedes Benz bus.

The bus burst into flames and eleven occupants trapped inside were burnt to death.

The driver of the SUV was also killed on impact.

X
Cameroon Senator killed in restive Anglophone Region…AfricaChannelsAn opposition senator was shot dead in western Cameroon where a bloody insurgency has been waged by anglophone separatists against the state, …