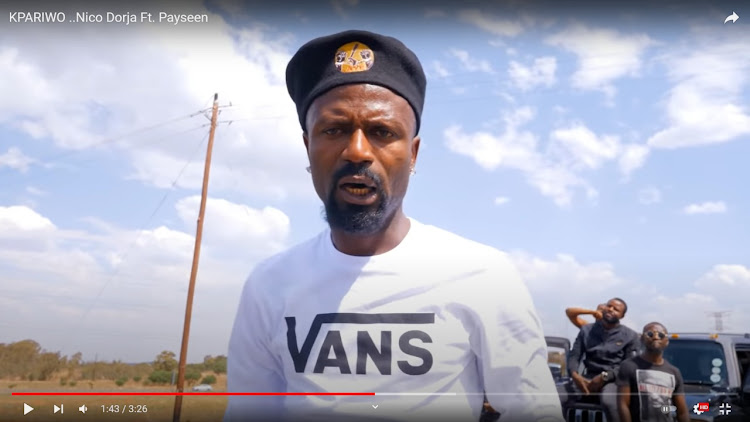 Police authorities in South Africa have arraigned Nicholas Ogbeifun—a Nigerian rapper and an alleged member of the Neo Black Movement of Africa, a presumed front for the Black Axe Confraternity—over the killing of another Nigerian man in that country.

The killing at a petrol station on Central Avenue, in the Kempton Park area, Gauteng, on Monday last week led to a police chase and a deadly shoot-out on the R24 near the Gillooly’s interchange.

Two Nigerians were left dead during the shooting and three were arrested, including Ogbeifun.

According to Grace Langa, spokesperson for the Independent Police Investigative Directorate (Ipid), Ogbeifun, John Ohami and Jeda Quadri appeared in the Kempton Park magistrate’s court on Wednesday in connection with the murder of the Nigerian man in Kempton Park.

Ipid was called in to investigate after police allegedly killed one of the suspects involved in the murder.

According to an incident report from the police watchdog, after the shoot-out, a police captain from Kempton Park SAPS local criminal record centre was driving nearby when he witnessed the shooting in Central Avenue, opposite a petrol station, at 11.45am on Monday.

The report reads: “It is alleged that [the police captain] heard the gunshots. He looked back and saw people running away opposite the Engen garage and made a U-turn. He alleged that he saw four suspects carrying guns running towards a white BMW 1 Series, get into vehicle and drive away. That’s when he took out his service pistol, 9mm Z88, and fired three rounds towards the BMW.

“He tried to chase the vehicle, but they managed to escape. He made a lookout, and he went back to where the person was shot. He called the ambulance, and that person was certified dead by the paramedics and later he was identified as Ajence, a Nigerian national.”

The report says two sergeants from the Kempton Park visible police unit, who were patrolling, heard the lookout on the police radio and spotted the BMW driving recklessly along the R24.

The officers gave chase while exchanging gunfire with the suspects. The chase came to an end at the Gillooly’s interchange, where three Nigerian nationals were arrested. A fourth suspect was allegedly found dead next to where the vehicle had come to a halt.

According to the report, the body of the deceased suspect was taken to the Germiston mortuary for a postmortem.

Ogbeifun and his co-accused are expected to appear in the Kempton Park magistrate’s court on January 13 for a bail application.

According to Ogbeifun’s Facebook page, he is a Nigerian musician based in SA, also known as Nico Dorja. He regularly shares his music, some of which has featured on television music channels.

A regular feature in his music videos and in his social media posts is his affiliation to the Neo Black Movement of Africa, an organisation which is allegedly directly associated to the Black Axe.

On a Facebook page created for his record company — called Nico Dorja — Ogbeifun says he was born in Nigeria’s Edo state in 1983 and that he graduated in chemical engineering at the University of Benin, the birthplace of the Neo Black Movement of Africa and Black Axe.

His bio reads that he moved to SA in 2012 to “continue the chase of his musical dream”.

The music video tells the story of a man who owes Ogbeifun money being kidnapped by him and his crew and held at gunpoint until the man pays Ogbeifun the money.

In another music video titled Kpariwo, Ogbeifun dons a black beret with the Black Axe/Neo Black Movement of Africa symbol.

In April last year, Ogbeifun posted pictures of himself next to a Neo Black Movement of Africa East Rand sub-zone poster dressed in full military fatigues.

Ogbeifun’s music videos also feature a subtle clue to his association with the Black Axe in the form of an abundance of Hydro dollars, a knock-off currency resembling the US dollar and used in the Sandton nightclub Hydro Lounge owned by Nigerian fraudster Abdul Olatunji.

Olatunji is also said to be the alleged leader of Black Axe’s Midrand sub-zone.

According to his Facebook page, Ogbeifun also performed at the Eleven 45 nightclub at 310 Oak Avenue in Randburg, an address which also hosted Olatunji’s office according to his now-removed website thehydrofrance.co.za.

Law enforcement sources told Sunday Times Daily that 310 Oak Avenue is an address known to be associated with organised crime.

In October last year, SA authorities arrested eight Nigerians in Cape Town on fraud charges for crimes allegedly committed in the US. All were denied bail on December 29 in the Cape Town magistrate’s court pending a hearing for their extradition to the US.

Back to Top
Close
X
If the FBI was not involved in inciting violence on Jan. 6, wouldn't they just say so?…NewswirePJ MediaTed Cruz (not my favorite senator at the moment) may have read some of the widely-deserved criticism a bunch of us have been hurling at him, b…

X
Predominantly female Iranian spy ring busted in Israel…NewswireRTThe suspects are accused of furnishing an Iranian intelligence operative with photos of various strategic sites in Israel, with the US Consulate in …