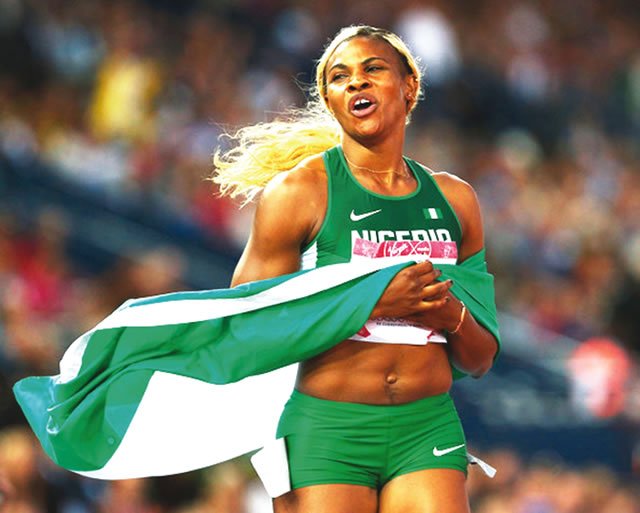 Details of a chat between suspended Nigerian sprinter, Blessing Okagbare, and her arrested drug supplier, Eric Lira, have been revealed by the United States Justice Department.

In a copy of  a document obtained by The PUNCH via the US justice department’s website, 33-year-old Okagbare admitted she ran faster after taking a substance given to her by Eric Lira.

Eric Lira, who has been charged to court, was identified as a 41-year-old “naturopathic” therapist based in El Paso who supplied drugs to two athletes for the “purpose of corrupting” the Tokyo Games.

The chats were discovered when US officials examined a mobile phone in Okagbare’s possession as she re-entered the United States following her ejection from the Tokyo Games.

Messages on Okagbare’s phone also revealed the sprinter had been working with Lira from at least 2020, according to the US court document.

The indictment included encrypted correspondence from Okagbare — identified only as “Athlete 1” — and Lira where the Nigerian testifies to the effectiveness of the substances following Olympic trials in Lagos on June 17, where she clocked a wind-assisted 10.63sec in the 100m.

Back to Top
Close
X
Doping: Man charged to court for allegedly supplying drugs to Okagbare…SportsPremium TimesThe FBI revealed encrypted messages exchanged between the defendant and Okagbare.Blessing Okagbare’s hopes of being cleared of the doping…

X
Former NBA star Shawn Bradley, paralyzed in accident, makes emotional admission…SportsFox NewsShawn Bradley, the No. 2 overall pick of the 1993 NBA Draft who was paralyzed last January in a bicycle incident, admitted to having suicidal …