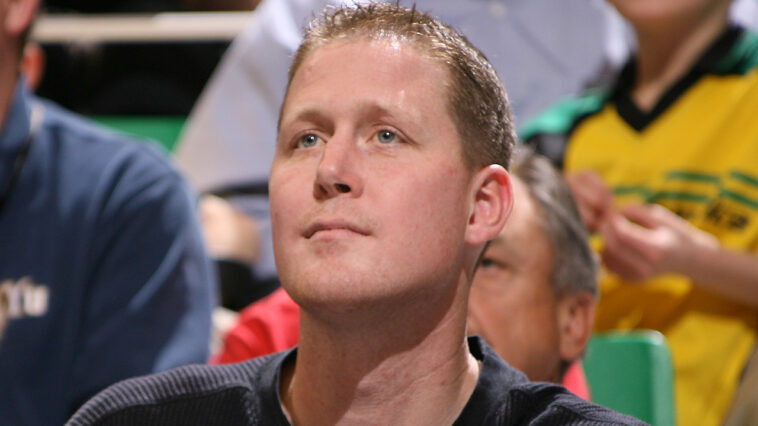 Shawn Bradley, the No. 2 overall pick of the 1993 NBA Draft who was paralyzed last January in a bicycle incident, admitted to having suicidal thoughts in an interview published Wednesday.

The 7-foot-6 former center was struck by a car while he was riding his bicycle in Utah, a block away from his home in St. George. The accident paralyzed him from the chest down.

He opened up about his struggles and the feeling of being a “burden” on his family in a lengthy interview with Sports Illustrated.

“I don’t know how I can ease the burden of me. Maybe it’d be better if this was just all over. Yes, those thoughts creep in — and they’re real. I can’t ever imagine myself acting on those thoughts, but I definitely have them,” he said.

Bradley said he was struck by a woman in a minivan who was rushing to pick up her kids from school. He said he spent three weeks in the ICU before he was moved to a neurological rehab wing. Now, he uses a 500-pound wheelchair that took about three months to build and “costs more than most ca…

X
Depleted Arsenal pass massive character test at Anfield…Sportsirish ExaminerEver since the Wenger days, Arsenal have loved a red card, but rarely have they produced a performance as gritty, organised, and full of…