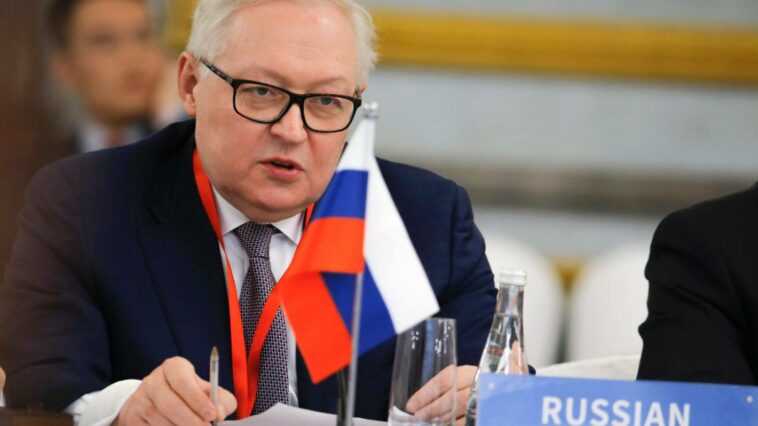 Russia on Thursday (early Friday, NZT) sharply raised the stakes in its dispute with the West over Ukraine, with a top diplomat refusing to rule out a Russian military deployment to Cuba and Venezuela if tensions with the United States mount.

Deputy Foreign Minister Sergei Ryabkov, who led the Russian delegation in Monday’s talks with the US in Geneva, said in televised remarks that he would “neither confirm nor exclude” the possibility that Russia could send military assets to Cuba and Venezuela if the talks fail and US pressure on Russia mounts.

The negotiations in Geneva and Wednesday’s NATO-Russia meeting in Vienna failed to narrow the gap on Moscow’s security demands amid a buildup of Russian troops near Ukraine. While Moscow demanded a halt to NATO expansion, Washington and its allies firmly rejected that as a nonstarter.

Speaking in an interview with Russian RTVI TV, Ryabkov noted that “it all depends on the action by our US counterparts”, pointing to Russian President Vladimir Putin’s warning that Moscow could take military-technical measures if the US provokes the Kremlin and turns up military pressure on it.

While voicing concern that NATO could potentially use Ukrainian territory for the deployment of missiles capable of reaching Moscow in just five minutes, Putin noted that Russian warships armed with the latest Zircon hypersonic cruise missile would give Russia a similar capability if deployed in neutral waters.

Zircon, which Putin said flies at nine times the speed of sound to a range of more than 1000km, is hard to intercept and could be fitted with conventional or nuclear warheads. It’s set to be commissioned by the Russian navy later this year and installed aboard its frigates and submarines.

Back to Top
Close
X
Predominantly female Iranian spy ring busted in Israel…NewswireRTThe suspects are accused of furnishing an Iranian intelligence operative with photos of various strategic sites in Israel, with the US Consulate in …