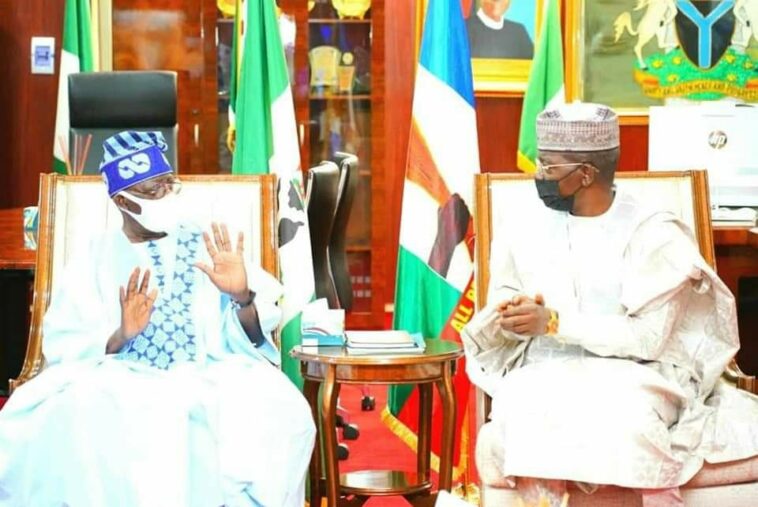 The national leader of the All Progressives Congress, APC, and former Lagos State governor, Bola Tinubu, on Thursday, announced a donation of N50 million to Zamfara communities recently attacked by bandits.

Mr Tinubu announced the donation shortly after he commiserated with Gov. Bello Matawalle in Gusau, Zamfara.

The APC national leader called for sustained prayers to overcome the insecurity situation in the state.

“I could offer prayers for the people from anywhere, but coming in person is important.

“The enemies of knowledge, Boko Haram and other criminal elements will be defeated through commitment in humanity.

“We pray for the entire country to be stable and if the enemies refuse to stop the carnage, we shall eliminate them.

“We believe in President Muhammadu Buhari’s ability to restore law and order and bring back our country to stability and tracks of development,” Mr Tinubu said.

Back to Top
Close
X
Airline CEO reveals number of employees with Covid amid travel chaos…In the NewsRTDelta Air Lines CEO Ed Bastian has revealed 8,000 of its 75,000 employees have tested positive for Covid-19 in a matter of weeks, and he predicts a …

X
NNPC, others may reconstruct federal roads in Ogun – Buhari…In the NewsPunchThe President, Major General Muhammadu Buhari (retd.), on Thursday, disclosed that the Federal Government is considering giving approval for the …