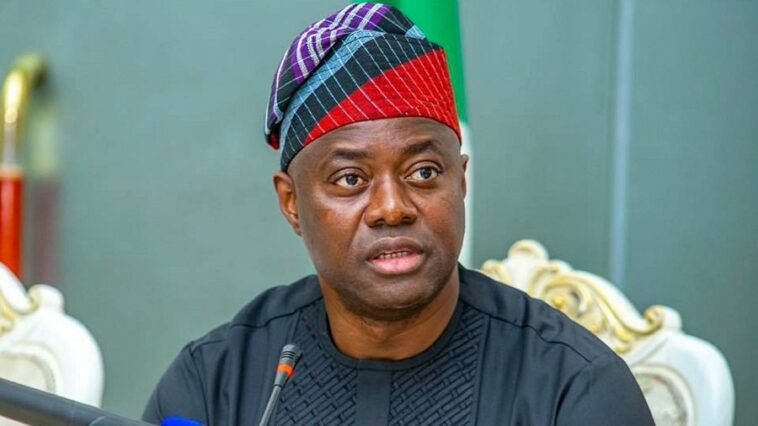 The Governor of Oyo State, Seyi Makinde, has reiterated the need for Nigerians to make the right choice at the polls as the 2023 general elections draw near.

Makinde stated this in a tweet on Friday via his Twitter handle as he announced that he was taking down his tweet win which he opposed the Twitter ban imposed by the Federal Government.

In a series of tweets a day after the ban, which expressed his official stand, Makinde stated that Twitter was an avenue for citizens to share their opinions and give feedback on governance.

“As leaders, we should go beyond emotional reactions to issues and think about how our actions will affect the people we lead and our international ratings socially and economically.

“Twitter has become the platform for young people and indeed all Nigerians to exercise their fundamental right to express and publish an opinion. They use the platform to complain, argue and give feedback to the government and its agencies who in turn, use these to improve policies.

“This is a fundamental point that should be kept in mind as we debate the necessity of this suspension,” his June 5, 2021 statement read in part.

With the ban on access to the microblogging site was lifted in the early hours of Thursday, Makinde expressed his hope that Nigerians would be ready to make the right choices during the elections…

Back to Top
Close
X
2023: Southern, Middle Belt leaders meet, demand power shift to South…Political LandscapeICIR NigeriaTHE SOUTHERN and Middle Belt Leaders’ Forum (SMBLF) rose from a meeting in Abuja with a declaration that it is the turn of the South to pr…

2023: Our choices have consequences — Seyi Makinde