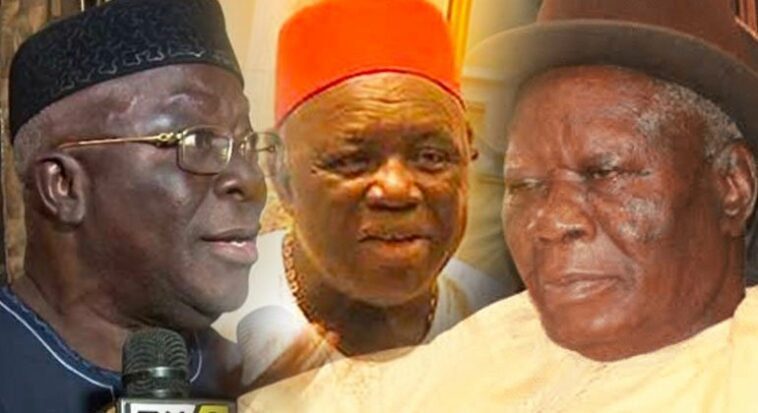 The Southern and Middle Belt Leaders’ Forum on Thursday met in Abuja and declared that political parties that field northern presidential candidates won’t enjoy their support in the 2023 general elections.

In a communique issued at the end of the meeting and signed by the leaders, they agreed on the country’s indissolubility and the need for restructuring. They also maintained that power must shift to the Southern region after the eight-year regime of the President, Major General Muhammadu Buhari (retd.), in May 2023.

“That the extant Constitution and Structure of Nigeria are grossly flawed and lopsided, accordingly, Forum restates its demand for the fundamental restructuring of the country by enacting a new Constitution that would enthrone equity, fairness and justice.It must be One Nation, One System;

“Cites that the northern part of the country would have fully enjoyed the Office of the Presidency of the country for the full statutory period of 8 years by 2023, hence, the presidency should rotate to the South;

Back to Top
Close
X
Nasarawa varsity students abducted close to campus…HeadlinesDaily Trust Some students of Federal University of Lafia, Nasarawa State, have been kidnapped around their campus.According to sources, the stude…