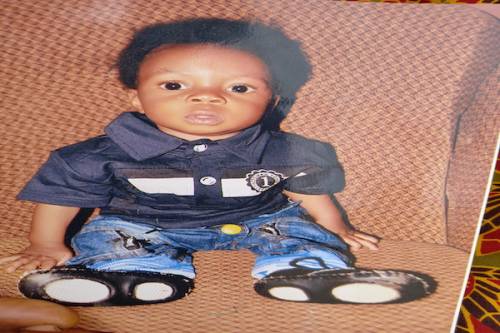 There was drama at the Jikwoyi division of the Federal Capital Territory Police Command in Abuja on Friday after some policemen chased away a couple, Raymond and Nkechi Onwudiachi, the grieving parents of a one-year-old boy, Fabulous, who was stolen by a yet-to-be-identified suspect.

SaharaReporters learnt that the female police officer, who is in charge of the case alongside her colleagues whose names could not be ascertained as at time of this report, humiliated the couple and asked them to be bundled out of the premises for bringing journalists to the station over their missing child.

The baby was stolen in broad daylight on Thursday at about 2pm near the Assemblies of God Church at Transformer bus Stop Jikwoyi Phase 1 few meters away from the police station while in company of his sister and brother.

SaharaReporters exclusively gathered that the mother asked her nine years old daughter, Favour, alongside her seven year old son, Famous, shortly after they returned from school to take Fabulous to their grandmother’s house and have their lunch…

Back to Top
Close
X
Technology, not foot Soldiers, needed to defeat terrorists – Veterans…In the NewsLeadershipSome retired military officers have called on the military high command to prioritise the application of modern technology in the war agains…