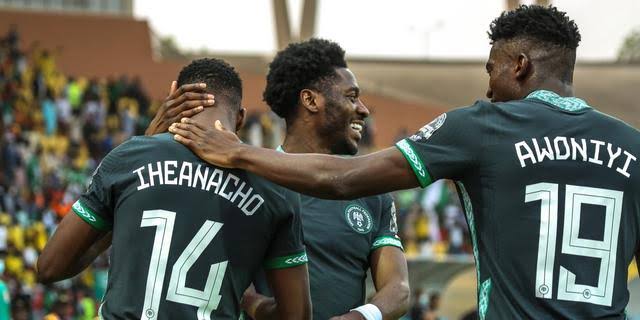 Awoniyi and Iheanacho operated in the Eagles’ attack against Egypt with the latter getting the only goal with a brilliant volley.

They were also involved in other chances created by the Eagles as they opened their campaign with the impressive win.

Both forwards should be in action for the Eagles when they face Sudan on Saturday.

And Agali, speaking on ‘No Holds Barred’ on Brila FM, Agali urged Eguavoen to retain the partnership going forward.

‘Iheanacho is not someone you want to play as a point man, so it’s better to have him support someone and Awoniyi coming with his form from the Bundesliga, and after missing Osimhen, it’s better to leave Awoniyi and have Iheanacho roam around him and that has happened.

“Iheanacho is someone that can drop in the…

X
Ghana take on Gabon, starring Patrick-Emerick Aubameyang and Thomas Partey…AFCONAfrica Cup of Nations contenders Ghana hope to get their campaign back on track after losing their first match to Morocco, but they face strong oppone…