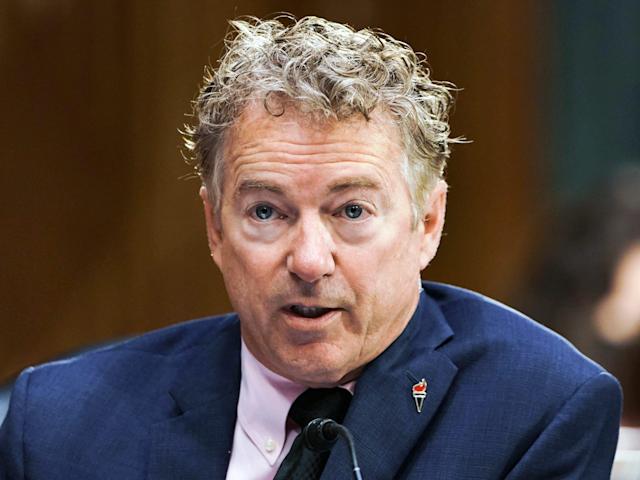 The Kentucky senator admits in the 2013 video he would “sometimes spread misinformation” to college classmates and called it a “great tactic.”

An old video has surfaced of Kentucky Sen. Rand Paul telling an auditorium of students that he would occasionally spread misinformation, calling it a “great tactic.”

The clip, posted to Twitter by epidemiologist Eric Feigl-Ding, shows the Kentucky senator speaking to students during a lecture at the University of Louisville’s school of medicine in 2013.

The lecture was reported on at the time by The Atlantic, which detailed the context of the question. According to The Atlantic, Paul was asked by a student if he had “last-minute advice” for their exams the next day.

In response, Paul said that he “never, ever cheated” and did not condone the practice, but added: “But I would sometimes spread misinformation. This is a great tactic. Misinformation can be very important.”

Paul then described how he and some classmates would spread misinformation to students they viewed as competitors and send them down the wrong path during exam prep.

Representatives for Paul did not immediately respond to a request for comment from Insider.

The video surfaced after NIAID director Dr. Anthony Fauci accused Paul this week of spreading misinformation about him for political gain.

“What happens when [Paul] gets out and…

Back to Top
Close
X
Students plan walkouts across the US, protesting in-person classes amid omicron…United StatesFox NewsBy Audrey ConklinStudents across the U.S. are planning walkouts to protest in-person learning amid a national spike in COVID-19 omicron cases.…

An old video has surfaced of Sen. Rand Paul telling students that spreading misinformation is a 'great tactic'