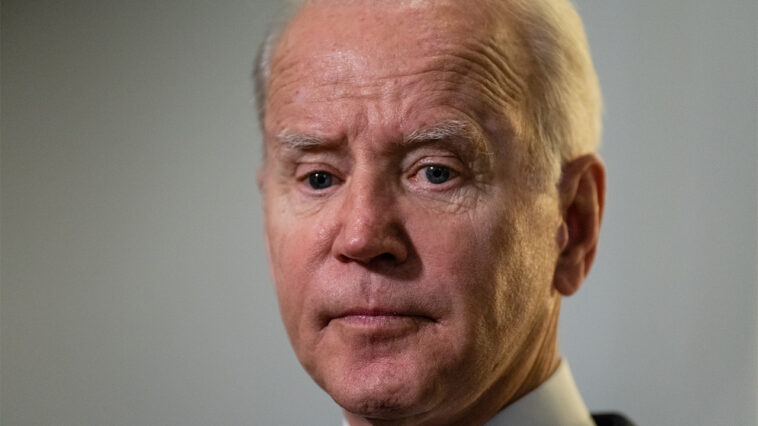 President Biden took several major losses in just the first two weeks of the new year, including on his major initiatives on vaccine mandates and election laws, as the administration limps into a midterm election year struggling to unite its party and accomplish its goals.

Two of the biggest blows to the White House this year came on Thursday – one at the hands of two Democratic senators and another from the Supreme Court.

“Today marks the longest time in history that the Senate has been equally divided,” Sinema said Thursday. “The House of Representatives is nearly equally divided as well. Our mandate, it seems evident to me, [is] work together and get stuff done for America.”

That story could have dominated the news cycle for several days. It only lasted a couple of hours before the next batch of bad news for the Biden administration: The Supreme Court blocked the president’s vaccine mandate for large private employers.

The court ruled that Occupational Safety and Health Administration (OSHA) likely lacked the authority to impose such a mandate because the law that created OSHA “empowers the Secretary to set workplace safety standards, not broad public health measures.”

The Supreme Court did allow the administration’s vaccine mandate for health care workers to go forward. But the OSHA mandate on large businesses reached many more Americans. The ruling means the administration won’t be able to enforce that mandate while legal challenges continue, perhaps for months, in lower courts.

Biden reeling after major losses on filibuster, vaccines and more to start 2022

X
The faces of Bronx fire victimsHeadlinesVia New York Post: Haji Dukuray was one of five people in his family to die in the Bronx fire. He was 49 years old. Family Handout 2 of 14 Haja Dukure…