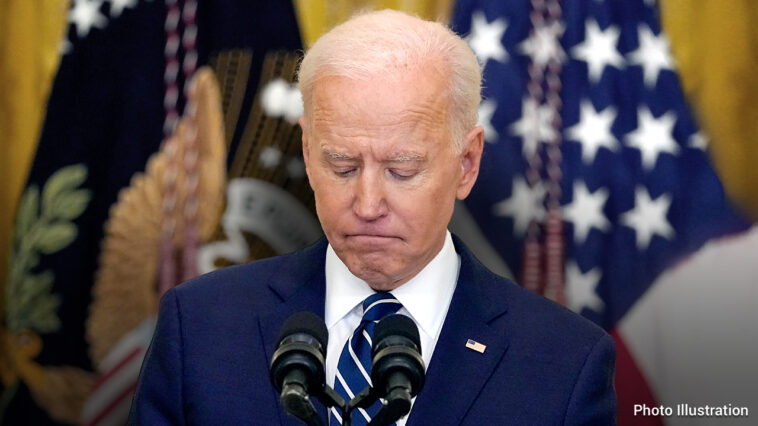 President Biden has been shredded by the media after a “week from hell” that has critics on both sides of the aisle condemning the “very big losing streak” the White House has experienced to kick off 2022.

This week alone Biden gave a speech on his push to pass Democratic voting bills comparing opponents to segregationists, the Supreme Court blocked his mandate to force large employers to vaccinate or test their workers, and Democratic Sens. Joe Manchin, W. Va., and Kyrsten Sinema, Ariz., announced they wouldn’t vote to eliminate or weaken the filibuster despite the president urging them to do so.

In addition to the fizzling legislation and court defeat, polling shows the public’s approval of Biden’s job performance continues to crater as COVID surges despite his promise to “shut down” coronavirus – and the media has taken notice of the president’s struggles.

CNN’s Brianna Keilar spoke Friday after the network ran a graphic that labeled it a “week from hell” for the president.

“Biden has had a very tough week with setbacks for his agenda, COVID complications, and the Supreme Court blocking his vaccine mandate, inflation and international turmoil just to name a few,” Keilar said.

“I’m reminded of an old saying, John McCain used to mangle this quote from Chairman Mao, he used to say, ‘It’s darkest before it turns completely black.’ That’s where Joe Biden is right now,” King said Friday. “Schools are closing, people around the country have COVID exhaustion, here in Washington the president is disappointing his own base … It is black. It is very dark for him right now…

X
Calls for Prince Andrew to lose dukedom and police protection as Charles refuses…NewswireThe Labour MP for York Central, Rachael Maskell, says it is "untenable" for Andrew to remain a duke, and the organisation Republic says "lots of celeb…