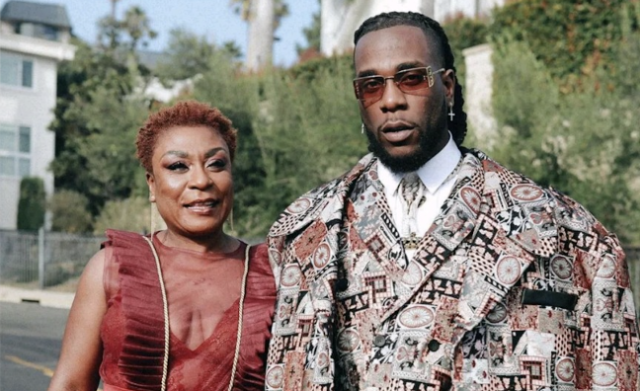 Bose Ogulu, the mother of Nigerian Grammy award-winner, Burna Boy, has revealed that she and her son usually disagree over how money should be spent.

The singer’s mother, who also doubled as his manager, revealed this in an interview that was recently aired on CNN.

“We don’t think we should be spending money on the same thing,” she said.

According to her, Burna Boy comes up with ideas without thinking of how much it would cost; even when they plan video shoots.

Bose said, “So he comes up with really crazy ideas without really thinking about what it costs or what it doesn’t cost. And so, my first reaction would be no, that’s not going to work. How are we going to make back that money?”

Back to Top
Close
X
I wish Dangote was my father, says Tiwa SavageEntertainmentAward-winning singer, Tiwa Savage, says she wished Africa’s richest man, Aliko Dangote, was her father.Savage took to her Snapchat story on Thursday t…

Burna Boy, I disagree over how money should be spent - Mum