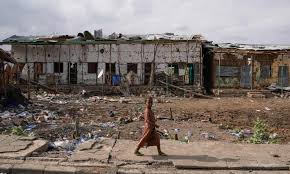 There is more pressure from the international community to resolve the Ethiopia and Tigray conflict. The Norwegian Nobel Committee called on Ethiopia’s Prime Minister Abiy Ahmed to end the bloodshed in Tigray on Thursday. The fighting in the country between Tigrayan forces and federal troops has gone on for 14 months and has caused a humanitarian crisis with allegations of human rights conflicts on all parties involved.

Aid to the region is being blocked by a government-imposed blockade and is preventing millions of people from accessing necessary medicine. Airstrikes are intensifying in the country’s north while the US, AU, and EU seek to broker a ceasefire. At least 17 people were killed in drone attacks this week. The government denied it was behind the bombings and blames the Tigray People’s Liberation Front for propaganda to get the attention of the international community. The government states that they would never target civilians.

X
India: Hindu pilgrims bathe in Ganges despite COVID surge…World NewsDWHundreds of thousands of devotees have congregated on the banks of the Ganges to mark Makar Sankranti, amid soaring COVID-19 infections.Hundreds of …