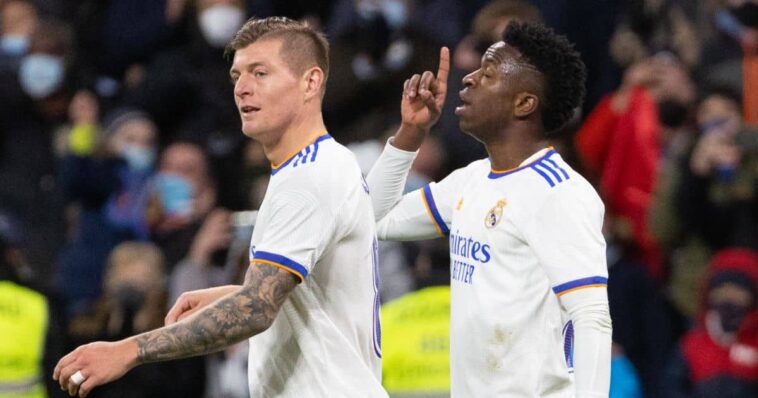 Manchester City are showing an interest in Real Madrid superstar Vinicius Junior, according to reports in Spain.

Vinicius joined Real Madrid from Flamengo as a teenager in 2018. Over time, his role has become more prominent. From his debut season, he managed 31 appearances, before 38 from the next and 49 last term.

But it has been the current campaign in which Vinicius has really shown he is on track to achieve his potential. He already has 15 goals from 27 games to his name. In doing so, he has scored as many times as in the past three seasons together.

Vinicius has also been building up speed at international level. After making his Brazil debut in 2019, he added eight further caps in 2021. Although, he is still awaiting his first Selecao goal.

But what he has been doing in Europe at club level has been turning heads. Indeed, Vinicius has been linked with Manchester United and the like due to his Real Madrid form.

But according to El Nacional, United may now face competition from rivals Manchester City.

The Spanish source reminds that…

Back to Top
Close
X
Liverpool's shortcomings without Salah, Mane give Arsenal hope…SoccerLIVERPOOL, England -- If there was ever any doubt over the importance of Mohamed Salah and Sadio Mane to Liverpool, Takumi Minamino provided the only …