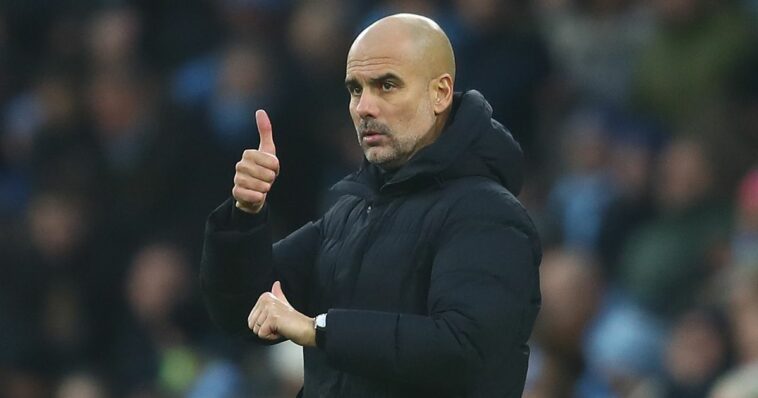 Manchester City boss Pep Guardiola has fired back at Thomas Tuchel’s claims that the reigning Premier League champions have been ‘luckier’ with both injuries and Covid-19.

The two managers face off once again this weekend at the Etihad Stadium, with the Blues aiming to cut the gap to their title rivals to seven points at the top of table.

Ahead of the clash, Chelsea boss Tuchel has claimed that City have been fortunate with their Covid-19 situation – have only seen a small number of players restricted to the sidelines with the virus.

Talking in his pre-match press conference, the German said: “They have dealt better with injuries and Covid.

“Maybe it’s luck or they do it better. They have had less injuries and less weeks they missed them. They did not suffer from Covid as we did over many weeks, this is the huge difference.”

However, Guardiola insists that the current reigning champions find themselves in an identical position to the rest of the clubs in the Premier League – whilst also paying credit to the club’s medical department in ensuring their better players are regularly available.

He said: “Are you saying here we are smarter than Omicron to come and visit us? We had a lot of cases and injuries. We played Aston Villa with 11 first-team players.

“The last six, seven games there are four, five academy players on the bench. We are in the same situation as all other clubs.

“Injuries a bit less, because our medical department are incredible. It happens to all clubs, it’s around the world, it’s not…

Guardiola insists Manchester City are in the same situation as Chelsea