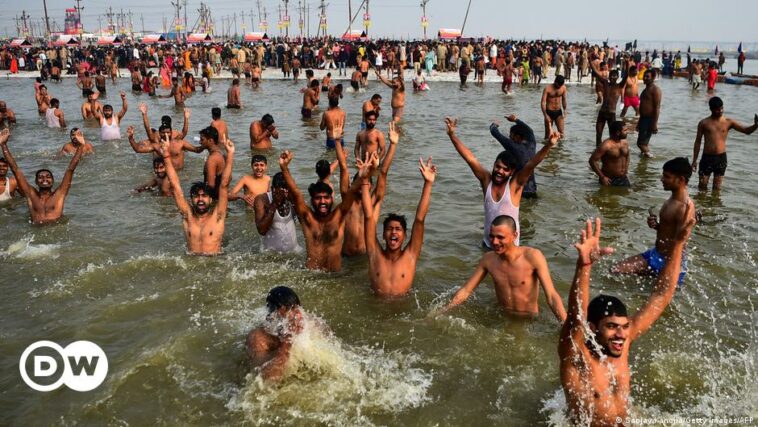 Hundreds of thousands of devotees have congregated on the banks of the Ganges to mark Makar Sankranti, amid soaring COVID-19 infections.

Hundreds of thousands of Hindu worshippers have continued to observe the Makar Sankranti festival, as India experiences a surge in new infections.

Each year on January 14, Hindu pilgrims gather on the banks of the Ganges to bathe in its chilly waters. It’s believed the holy river’s waters cleanse followers of sin.

Authorities are concerned that the gatherings could turn into so-called “super-spreader” events. Despite these concerns, events have proceeded.

Back to Top
Close
X
Ethiopia at crossroads as drone attacks worsen Tigray crisis…World NewsOodaloopThere is more pressure from the international community to resolve the Ethiopia and Tigray conflict. The Norwegian Nobel Committee called on E…