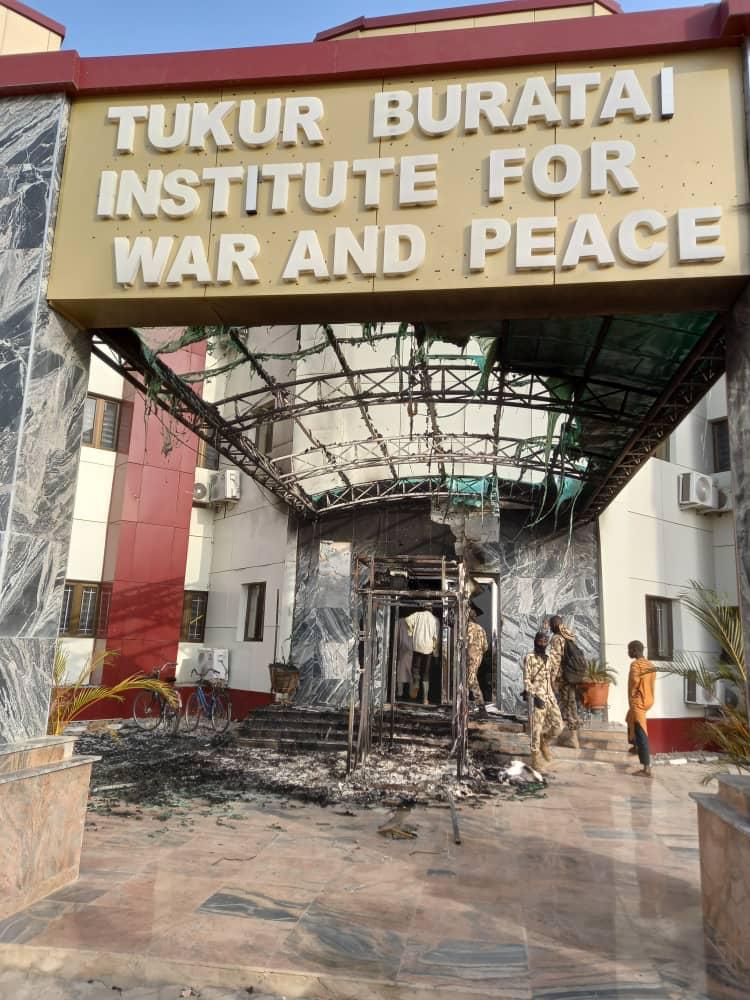 Buratai is the country home of the immediate past Chief of Army Staff and current Nigerian Ambassador to the Republic of Benin, Tukur Buratai.

In the video, the insurgents were seen firing in different directions, with no resistance from troops.

The insurgents also pulled down flags on the campus and torched some military vehicles on ground.