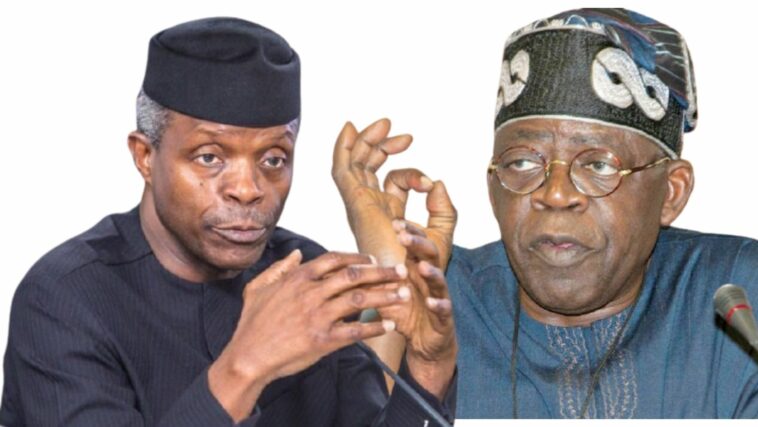 The Islamic human rights organization, Muslim Rights Concern, MURIC, has said that it was backing the declaration of the National Leader of the All Progressives Congress, (APC) and former governor of Lagos state Asiwaju Bola Tinubu, to contest for the presidency come 2023 saying that ‘no single Yoruba Muslim has had the opportunity to taste power in the centre.’

On Friday the Director and founder of MURIC Professor Ishaq Akintola in a statement sent warnings to other political parties saying that ‘any party that picks a Yoruba Christian as its presidential candidate is on its own.’

MURIC also said that it is the turn of a Yoruba Muslim and that the cap fits Ahmed Tinubu and he has the mandate of Yoruba Muslims.

MURIC further said that Muslims vouched for Tinubu and that he is not one that will marginalize Nigerian Christians.

‘All our state branches confirmed that Senator Ahmed Bola Tinubu has been close enough to Yoruba Muslims. The Lagos chapter of MURIC also vouched that although Tinubu is not the type that will marginalize Nigerian Christians, at the same time, he will not estrange Yoruba Muslims or ignore their complaints when he becomes president of Nigeria.’

MURIC listing Mathew Aremu Olusegun Obasanjo as military head of state and president, Ernest Shonekan as an interim head of state and Professor Yemi Osinbajo, a pastor of the Redeemed Church, vice president of Nigeria for the past seven years said no single Yoruba Muslim has had the opportunity to taste power in the centre.

Akintola said: “It is no longer news that the national leader of the All Progressives Congress (APC), Asiwaju Bola Ahmed Tinubu, has declared his intention to contest for the post of president of the Federal Republic of Nigeria. This happened on Monday, 10th January, 2022.

Back to Top
Close
X
Global warming is real in Nigeria, says MinisterIn the NewsChannelsMinister of Science and Technology, and Innovation, Dr Ogbonnaya Onu, on Friday said global warming is a reality in Nigeria.The Minister made …