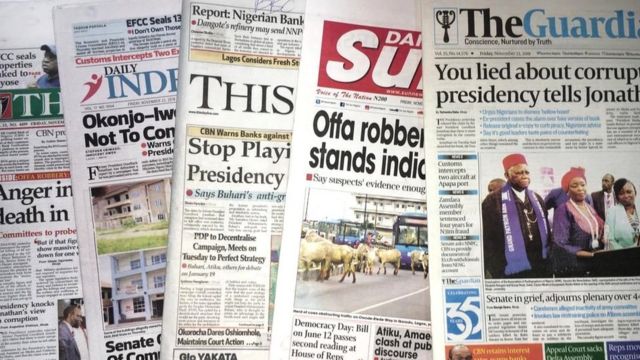 According to The PUNCH, South-West states on Thursday said they had put the regional security outfit, Amotekun, on the alert following renewed attacks by killer herdsmen and terrorists in Ondo State. Amotekun officials of Osun, Oyo, Ondo and Ekiti states, who spoke separately with our correspondents, said they had got credible intelligence that terrorists fleeing military operations in the North-West would seek refuge in the forests of the southern states

A global tightening of developed economies, particularly as announced by the United States Federal Reserve System and other developed countries, has raised fresh panic about Nigeria’s investment outlook with capital flight feared to worsen in coming months if not checked, The Guardian reports.

Vanguard reports that as primary and secondary schools across the country are resuming for the second term of the 2021/2022 academic session, parents and guardians of students in private schools are now at the mercy of school owners who expect them to clear bills for many spurious items, including development and entrepreneurship levies, without materials or tools for practical’s.

The two major political parties are grappling with the headache of where to zone the presidential ticket in next year’s election, The Nation learnt.

According to This Day, President Muhammadu Buhari said yesterday in Ogun State that he had found in Governor Dapo Abiodun a politician who lived by the dictum, promise made and promise kept. Buhari stated this during a visit to the state, where he inaugurated some landmark projects. It was his first official visit to a state in the new year.