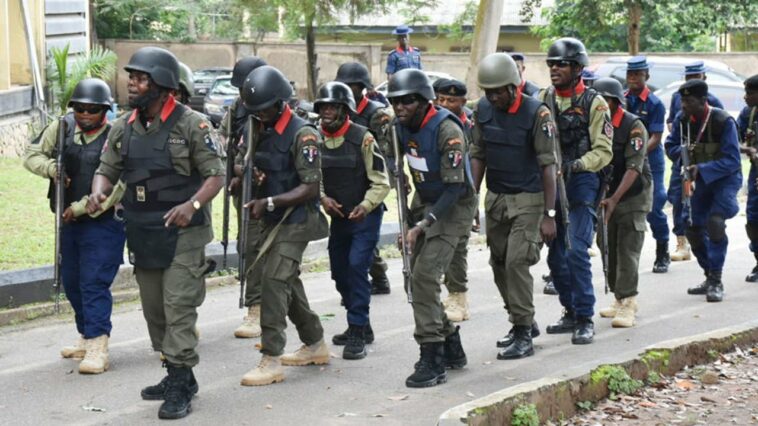 In a bid to combat activities of criminals in Ondo State, the state command of the Nigeria Security and Civil Defence Corps, NSCDC, has setup an all-female armed squad.

According to the corps, this is part of strategy to device ways of tackling crimes in the state.

It was gathered that the special female squad had been optimally trained to respond to crime situations within the state and as well tackle it promptly.

He maintained that amid the security situation in the country, the squad will also be involved in providing protection in schools across the state in order to forestall any form of security breach.

“In the just concluded year, a Special Female Squad was tactically trained to respond to school protection in the State and Rapid Response Squad to tackle crimes promptly…

Back to Top
Close
X
VP Harris was 'inspiration' for indicted Baltimore official: 'No Marilyn Mosby without K…HeadlinesFox News Baltimore State's Attorney Marilyn Mosby -- who was indicted on federal perjury charges Thursday – has previously praised and been suppo…

NSCDC sets up female squad to combat insecurity in Ondo

X
Human throat the most delicious: Aminu Baba the cannibal of Zamfara…HeadlinesPM NewsThe police in Zamfara state have arrested a cannibal, Aminu Baba, who has 19 children of his own, but feasts on human parts.Baba told the polic…