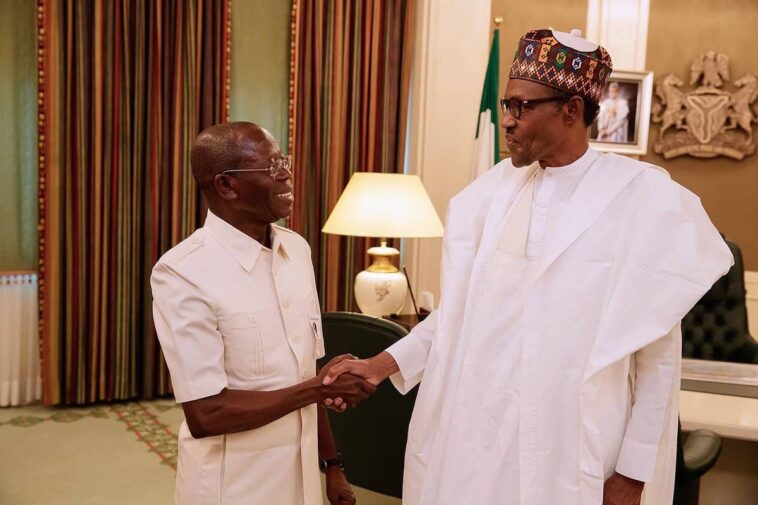 Former National Chairman of the All Progressives Congress (APC), Comrade Adams Oshiomhole has spoken in defence of the President Muhammadu Buhari administration.

According to the former Edo State Governor, no matter the good policies put in place by the government, some people have just made up their minds to be toxic to the government.

He, therefore, submitted that no matter how hard you try, you can’t please everyone, regardless of how good your intentions might be.

“No matter how hard you try, you can’t please everyone.

“Sad how some people have decided to be so toxic on the government no matter the pro people’s policies,” Oshiomhole wrote on Twitter.

Meanwhile, the Igbo socio-cultural group, Ohanaeze Ndigbo has demanded a political solution be deployed in resolving the matter of the detained leader of the Indigenous People of Biafra (IPOB), Nnamdi Kanu.

The president-general of the group, George Obiozor while making a case for the Biafra agitator said if the federal government could grant amnesty to repentant Boko Haram terrorists, and the Niger-Delta militants, there’s nothing stopping it from considering the case of Kanu.

Speaking on Thursday during an interview on…

Back to Top
Close
X
Ministry, Police, seven others spent N49.5bn without NASS approval – Auditor…RifsThe Office of the Auditor General of the Federation has disclosed that nine Ministries, Departments and Agencies of the Federal Government spent about…

Oshiomhole defends Buhari, says some people just decide to be toxic to government

X
How Beijing uses its billions to buy political influence around the world: From …RifsDaily Mail Allegations that a suspected Chinese spy has donated more than £500,000 to a senior Labour MP in Britain appear to fit part and parcel with…