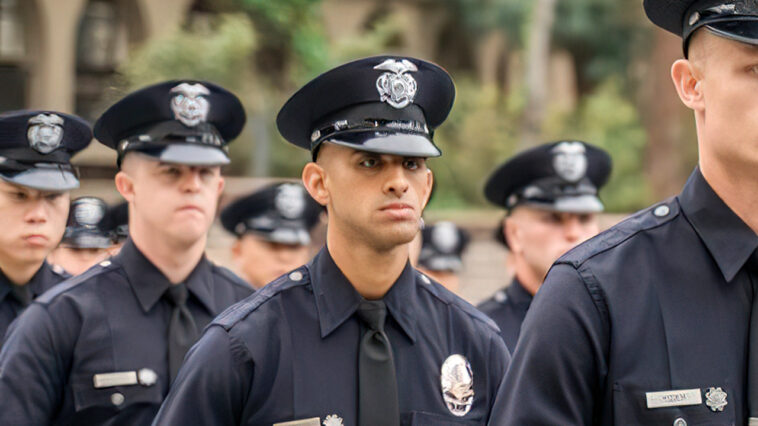 The California sheriff tasked with pursuing charges against the four alleged gang members accused in the shooting death of an off-duty Los Angeles Police Department officer says he took the case to federal prosecutors because the response from the local district attorney’s office was “not satisfactory” and “really did not cover the depravity of this crime.”

Luis Alfredo De La Rosa Rios, 29; Ernesto Cisneros, 22; Jesse Contreras, 34; and Rios’ girlfriend Haylee Marie Grisham, 18, are expected to appear in court Friday after being charged in the killing of off-duty officer Fernando Arroyos. The 27-year-old was gunned down Monday in South Los Angeles during an attempted robbery while he was looking at houses with his girlfriend, authorities said.

“I believe their plan was to just prosecute a simple murder with no gun enhancements, no gang enhancements, nothing,” Villanueva told the Los Angeles Times when asked if he had consulted with Los Angeles County District Attorney George Gascon’s office. “And that really did not cover the depravity of this crime…. It should be noted that the California penal code does cover all these things. The tools are there but we need to have someone who’s willing to use them.”

The U.S. Attorney’s Office for the Central District of California ultimately charged the four suspects with violent crime in aid of racketeering, which it says “carries a potential death penalty – and minimum sentence of life in federal prison without the possibility of parole – because Officer Arroyos allegedly was murdered during the robbery.”

Sources also said Villanueva went to federal authorities to handle the situation because of Gascon’s decision to no longer pursue sentencing enhancements in gang-related cases. The DA’s decision on enhancements affects whether criminals are given a chance at parole, the Los Angeles Times reported.

Fox News has reached out to Gascon’s office for comment, while Villanueva told the newspaper that their response was “not satisfactory.”

“I am grateful for the federal involvement in this case,” L.A. Police Chief Michel Moore reportedly said Thursday following the arrests. “It is appropriate. I am thankful for the U.S. attorney stepping in and bringing the full weight of the government against this gang, against these individuals.”

The suspects drove up to the house Arroyos and his girlfriend were looking at Monday night and Rios and Cisneros robbed them at gunpoint, according to a statemen…

Back to Top
Close
X
An old video has surfaced of Sen. Rand Paul telling students that spreading misinformation is a '…United StatesYahooThe Kentucky senator admits in the 2013 video he would "sometimes spread misinformation" to college classmates and called it a "great tactic."An …