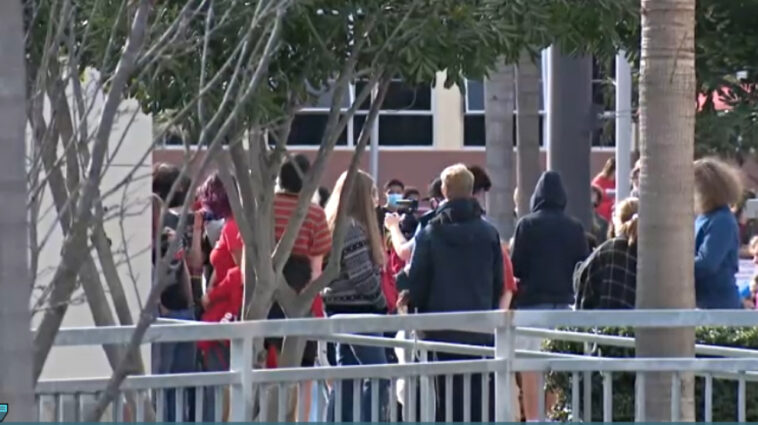 Students across the U.S. are planning walkouts to protest in-person learning amid a national spike in COVID-19 omicron cases.

More than 4,100 schools nationwide were closed as of Tuesday — a slight reduction from the more than 5,400 schools closed last week following winter break, according to community event website Burbio, which tracks school closures in more than 5,000 U.S. school districts. The closures came largely due to increasing COVID-19 cases and related staffing shortages.

In New York City, students at Brooklyn Technical High School made headlines Tuesday after videos posted to social media showed swaths of students leaving a school building in the middle of the day, protesting in-person learning amid an apparent lack of testing for students and staff, according to local reports.

“We don’t feel safe at school,” a Brooklyn Tech junior told The New York Post Tuesday. “It’s pretty much that simple. There are so many cases going around and we think more should be done.”

Sources told the Post that some teachers gave students a green light to leave classes while others said they could face disciplinary action for doing so. Other students at Stuyvesant and Bronx Science also participated in walkouts, according to the outlet.

Newly elected Mayor Eric Adams insisted during a Friday news conference that the “safest place” for children to be is “in school” in response to a question from a reporter regarding the walkouts.

Dr. Sara Bode, a member of the American Academy of Pediatrics Council on School Health, told Fox News Digital last week that she believes schools making an effort to mitigate the transmission of COVID-19 are some of the safest places for children to be right now compared to places in their communities that do not have mitigation strategies in place.

“Of course, it’s not zero-risk to have kids in school. … With this increase in transmissibility, we will likely see an increase in cases in schools, but it’s likely not higher risk than many of the other activities kids participate in when they’re not in school,” she said.

The Boston Student Advisory Council, which is made up of elected Boston Public School (BPS) student leaders, is planning a walkout for Friday.

A graphic posted to the council’s social media…

Students plan walkouts across the US, protesting in-person classes amid omicron

X
An old video has surfaced of Sen. Rand Paul telling students that spreading misi…United StatesYahooThe Kentucky senator admits in the 2013 video he would "sometimes spread misinformation" to college classmates and called it a "great tactic."An …