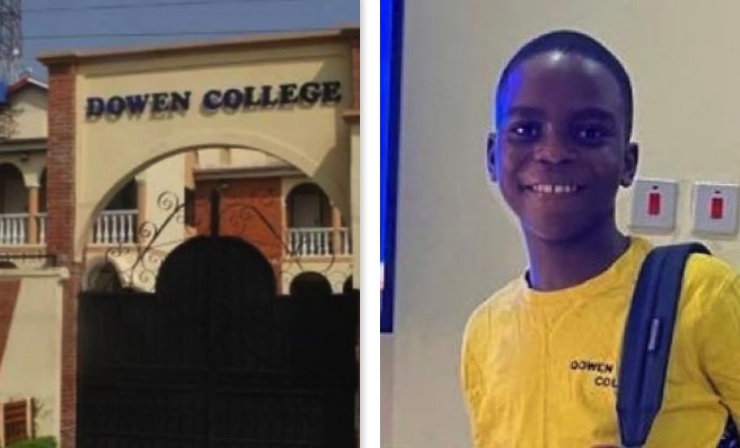 This will be my second intervention since the unfortunate demise of Sylvester Oromoni Jnr.; the 12-year-old student of Dowen College, Lekki, Lagos. I am intervening because I am a parent and a stakeholder in the education sector. It’s gladdening that the police have taken some bold steps to address the matter despite the misgivings. At least effort has been made. But then the parents of Sylvester are not convinced that justice is being served. His father according to reports has vowed to continue to seek justice on the matter.

Oromoni’s lawyer, Mr. Femi Falana also dismissed the autopsy report describing it as too hasty. Falana reportedly said the authorities are aware that the Chief Coroner of Lagos State had ordered that an inquest be conducted into the circumstances surrounding the death of the boy.

The inquest, according to him, “commenced before the coroner on December 16, 2021, has been adjourned till January 15, 2022, for further hearing.”

While the aggrieved parties have a right to hold to their position, it’s important to state that in seeking justice we don’t allow emotion to take the lead. It’s sometimes better to allow the guilty to go unpunished than to punish the innocent. Insisting that the young man was murdered without clear medical evidence won’t help the cause of justice. Care must be taken that those who know nothing about the death of Sylvester are not being unduly charged. Already there are too many cases of innocent people in detention suffering for what they know nothing about.

The medical reports from both Warri and Lagos according to the Police confirmed that the young man was not murdered. If on the other hand the young man was murdered and the authorities are being manipulated to doctor the autopsy report, we can only hand them over to God’s court. There is little anyone can do. But the parents can also continue to seek legal redress.

Cases that are similar to that of Oromoni Jnr have been swept under the carpet. But the good thing about this particular case is that some actions are reportedly being taken. That is where the police and the Lagos State Government should be commended.

The Lagos State Commissioner of Police, Hakeem Odumosu gave a rundown of the actions taken by the authorities so far. He said that five students and three house masters of Dowen College were released following autopsy results. It is instructive to note that three of the five students detained were reportedly not around when the young boy was allegedly bullied and poisoned. Odumosu said that all the parties in the case, including the deceased’s family, the school management and witnesses, were interviewed by him.

The result attributed the cause of death to ‘‘acute lung injury due to chemical intoxication in a background of blunt force trauma.’’ It was after that, that a toxicology screening was recommended. While waiting for the result of the toxicology, another autopsy was ordered by the Coroner Magistrate in Lagos because of the status of jurisdiction. The second autopsy, according to Odumosu, was carried out at the Lagos State University Teaching Hospital on December 14, 2021, in the presence of representatives of all the parties involved in the case.

Dr. S. S. Soyemi, consultant pathologist who led a team of pathologists to carry out the autopsy was quoted as saying Oromoni’s ‘‘Death was caused by Septicaemia following infections of the lungs and kidneys arising from the ankle wound. No evidence of blunt force trauma in this body. The findings in the oesophagus and stomach are not compatible with chemical intoxication. Death, in this case, is natural.” Odumosu said the legal advice from the Directorate of Public Prosecution indicated that there was no prima facie case of murder, involuntary manslaughter and/or malicious administering of poison with intent to harm, against the students and the house masters, hence they could not be prosecuted.

Going forward, the school has to strengthen its security and put in place measures to forestall future incidents. The number of its security cameras should be increased to all nooks and…

Back to Top
Close
X
Yemi Osinbajo, runOpinionPunch NewspapersBy Fila Ojo The alert on my phone roused me up from my sweet sleep in cold Wisconsin weather on Monday with the news. The screaming he…

Sylvester Oromoni: Beyond the autopsy report

X
RENO OMOKRI: Why does music of Yoruba origin breakthrough globally?…OpinionBy Reno Omokri Nigerians do not understand why Shatta Wale took a swipe at Nigerian artistes. Shatta, like many other African artistes, feels that Afr…