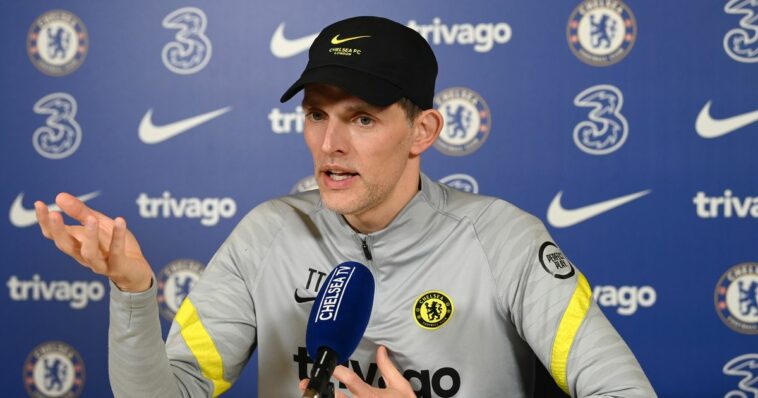 With the January transfer rumour mill continuing to whirl along, Chelsea are not short of links to Stamford Bridge.

But, as we all know, Chelsea are a merry-go-round club in many ways, with players and managers going and coming through the revolving door. Fans are asking if it would be better if Thomas Tuchel had a greater influence on transfer business.

Is it something that Chelsea will ever do, though?

Carefree Chelsea’s writer and presenter Anita Abayomi and Daniel Childs spoke to football.london’s Chelsea correspondent, Adam Newson (AN), on the Back Page show to discuss whether Thomas Tuchel should be given full control of transfers.

AN: There’s no point giving a manager Carte Blanche of signings and recruitments – everything going forward. When the reality is that if things start to go wrong quite swiftly, then there’s only one outcome.

“Then you’re left trying to fulfil a whole head coaches vision. I don’t really want to bring his name up because of the connotations but bringing in a player like Jorgino because of Maurizio Sarri.

“They might feel a little hamstrung because this player doesn’t fit their vision of football. Obviously, that’s on a slight on Joginho; it’s just he was brought in alongside Sarri.

“I think this is the problem. Suppose you give a manager this power. You need to back that manager through thick and think for five, six or seven years. You just don’t see that at Chelsea.

“Now can Tuchel and the board work closely together and do what they do essentially. Have discussions and shortlists. Have targets or preferential targets. Yes, they can do that, and that is what they are doing…

Back to Top
Close
X
Conte confirms defensive blow & provides update on Ndombele's future…Premier League101 Great GoalsTottenham Hotspur boss Antonio Conte has, on Friday afternoon, provided an update on the wellbeing of his squad, ahead of this weekend’…

X
Tuchel ‘very happy’ to have Kenedy back as Lyon stand firm on Emerson…Premier LeagueWe Ain't No HistoryBen Chilwell's long-term injury has left Marco Alonso as the only specialist left wing-back in the team, and with Chelsea still inv…