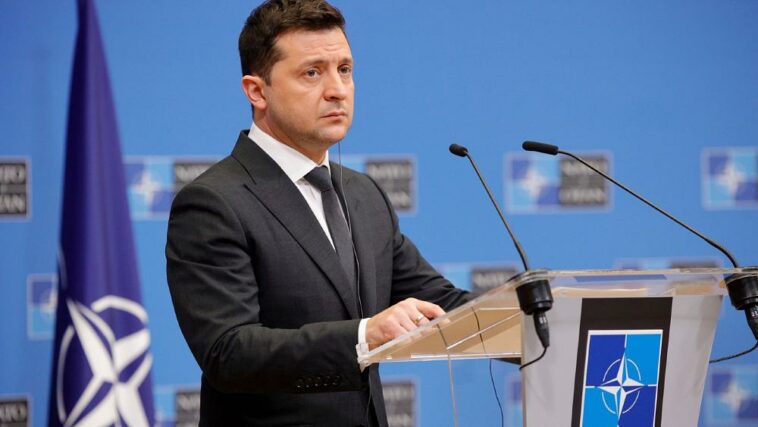 Ukrainian President Volodymyr Zelenskyy has invited Joe Biden and Vladimir Putin to meet with him amid tensions with Russia along the border, one of his close advisers said Friday.

“We are still waiting for the response from the Russian side, but our American partners have welcomed our proposal with some interest,” Ukrainian presidential administration chief Andriy Iermak told an event organised by the US think tank Atlantic Council.

Kyiv has proposed that the meeting be held virtually.

“I think it’s a proactive position, involving Ukraine in the negotiation. If it is a question of discussing the security architecture in Europe, it is necessary to involve Ukraine,” Iermak added.

Officials from Washington and Moscow convened in Geneva, Switzerland, earlier this week to discuss security which was followed by talks between Russia and NATO…

Back to Top
Close
X
India: Hindu pilgrims bathe in Ganges despite COVID surge…World NewsDWHundreds of thousands of devotees have congregated on the banks of the Ganges to mark Makar Sankranti, amid soaring COVID-19 infections.Hundreds of …